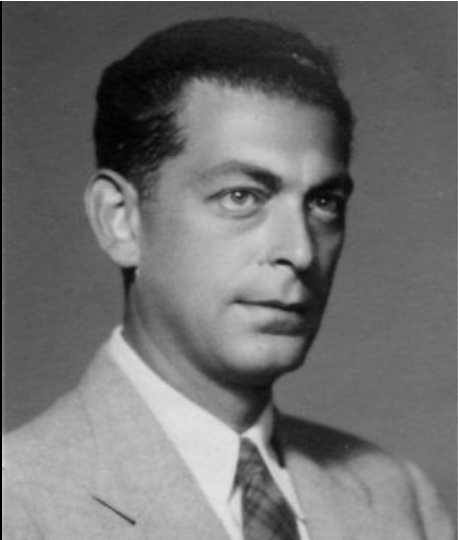 The campaign to award a posthumous Pulitzer Prize to Edward Kennedy, the Associated Press reporter who defied political censorship to break the story of the German surrender on May 7, 1945, was given a historic boost at the 135th annual meeting of the California Press Association on Dec. 7, 2012 at the Marines Memorial Building in San Francisco.

See the video of the Cal Press panel on Kennedy after the jump.

Honoring Edward Kennedy from The Intermountain News on Vimeo.

The association unanimously approved the first ever resolution by a news organization in support of Kennedy and it hosted the first ever panel discussion on Kennedy. Cal Press, as it is affectionately known in the newspaper business, is the oldest press organization west of the Mississippi and one of the oldest in the country. It was founded in 1876 at the Palace Hotel in San Francisco.

The resolution noted what happened to Kennedy after he broke the 36-hour embargo on the story. “Whereas the story made page one in nearly every newspaper, it angered General Dwight Eisenhower, the supreme allied commander, and all the other newsmen Kennedy had scooped. The military lifted his war correspondent’s credential, he was threatened with court martial and was fired by the Associated Press.”

The resolution explained that “unbeknownst to the reporters at the time, that suppression was the result of an agreement between U.S. President Harry Truman and British Prime Minister Winston Churchill to allow Russian Premier Joseph Stalin to hold a second surrender ceremony in Berlin.”

Kennedy broke the embargo, Cal Press explained, after “he learned that news of the German surrender was being broadcast to Germany from a radio station in Flensburg, Germany. He contacted military censors and said that since the story was being reported in Germany, the security of Allied troops was no longer an issue and he intended to defy censorship and report the news, which he proceeded to do by using a military phone line thereby registering the biggest scoop of the entire war.”

The resolution noted that Kennedy’s story is now the subject of two major efforts to “rectify the journalistic injustice by awarding him a Pulitzer Prize posthumously.” The resolution was written by Jim Ewert, general counsel of the California Newspaper Publishers Association.

One effort is a campaign launched from Modoc County by Ray A. March, editor of the Modoc Independent News monthly newspaper, to win a posthumous Pulitzer Prize for Kennedy’s hard news international reporting. March worked for Kennedy as a reporter on the Monterey Peninsula Herald a half century ago. Kennedy was the editor and associate publisher of the Herald until his death at age 58 in November 1963 when he was struck by a car while a pedestrian in Monterey.

The panel gave life and substance to the resolution. Brugmann introduced Bushee as the moderator, who read the eloquent Pulitzer nominating letter from McCulloch. Bushee introduced March, and Perlman, 93, who was a reporter for the old New York Herald-Tribune shortly after World War II,  and Julia Kennedy Cochran, Kennedy’s daughter who discovered her father’s unpublished memoir among his belongings after his death. She got the manuscript published as a major book by Louisiana State University Press. It is titled “Ed Kennedy’s War: V-E Day, Censorship, and the Associated Press.”

The LSU Press and Tom Curley, former AP president and CEO, entered the book in the Pulitzer competition on the basis of its literary qualities. Curley had issued a formal apology in 2011, saying that AP’s repudiation of Kennedy “was a terrible day for the AP. It was handled in the worst possible way…Kennedy did everything right.” In a later interview, he elaborated, “Once the war is over, you can’t hold back information like that. The world needed to know.”

Sixty seven years after Kennedy defied and defeated political censorship, the Cal Press sent its resolution to the Pulitzer board as a formal part of the Kennedy nomination. It said that Cal Press “honors Edward Kennedy for his distinguished example of reporting on international affairs and his courage in the face of potential personal and professional hardship to share with the world one of the most important events of the 20th century.”

Cal Press concluded that it “applauds and endorses the efforts of Ray A. March, Eric Brazil, and the 54 noteworthy journalists and calls upon the Pulitzer Prize Board and Columbia University to recognize Edward Kennedy for journalistic excellence and posthumously award him with a Pulitzer prize for his groundbreaking coverage of the end of WWII in Europe.”

The 135th meeting of the California Press Association was an historic occasion with an historic pronouncement to right an historic wrong in American history. We’ll keep you posted.  B3