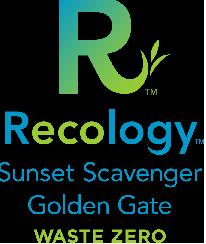 As expected, Recology sent in its application for a rate increase Dec. 11, and most residential customers will see a hike of 23.5 percent, or about $6.50 a month. The hikes will be more complicated for commercial operations and apartment buildings, depending largely on how much waste those outfits can divert into recycling or compost.

The proposal would change the way rates are charged: Residential customers, who now pay a fee for the black cans holding landfill-bound garbage, will start paying a monthly $5 fee overall and $2 for compost and recycling.

The most dramatic increases will fall on large apartment buildings, which under the current rate structure are heavily subsidized, Eric Potashner, a spokesperson for Recology, told me. “We needed to restructure so the larger residential sector was paying fairly,” he said.

Most large landlords absorb the cost of garbage service as part of the rent they charge. So the new costs may not get passed on to existing tenants.

Recology is facing a mandate to eliminate all landfill waste by 2020 — and that’s a bit of a problem: For years, the company only charged for black bins, which, if all goes according to plan, will eventually go away altogether. “And the trucks, the fuel costs, the drivers are all color-blind,” Potashner said. “It costs the same to pick up the blue bins as the black bins.”

The rate application is complicated, and I haven’t been able to analyze every page. The city has hired an outside contractor to do exactly that, and the process takes months. The current proposal would take effect in June, 2013.

It’s a significant increase, although not as high as some had predicted — and not as high as 2001, when the company asked for almost 50 percent. Back then city staffers recommended the hike be cut almost in half, but then-Public Works Director Ed Lee gave Recology most of what it wanted.

Some of the money will go to cover additional costs Recology faces since the city has asked the company to pick up large refuse (you know, those old couches) that are left on the street.

But overall, according to Recology’s application, the higher rates cover “increased costs and lower than anticipated revenues” — in other words, the sucess of the recycling program has meant less income for the garbage company. Still, while Recology is a private company that doesn’t release financial information, there’s no indication that it’s actually running in the red.