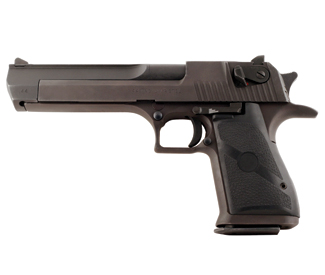 One ordinance requires guns in the home to be locked up when not on the owner’s person and the second bans the sale of fragmenting and expanding bullets, affecting only the city’s sole gun store: High Bridge Arms, in the Mission district.

The first ordinance was introduced in 2007 by then-Mayor Gavin Newsom and supported by Sheriff and then-Sup. Ross Mirkarimi and opposed by three supervisors: Ed Jew, Aaron Peskin, and Chris Daly. City Attorney Dennis Herrera was pleased at the judge’s ruling.

“The NRA took aim at San Francisco’s Police Code,” Herrera said in a press release. “I’m proud of the efforts we’ve made to beat back these legal challenges, and preserve local laws that can save lives.”

NRA attorney C.D. Michel told the San Francisco Examiner, “This is not over, not by a long shot…What if you’re old and need glasses in the middle of the night, or you have kids at home to protect? Why are they being forced to keep their guns locked up?”

Interestingly, its not the NRA’s name on the front of the lawsuit, entitled “Espanola Jackson v. City and County of San Francisco.”

Jackson, a San Francisco native and longtime Bayview Hunter’s Point civil rights activist, has been fighting for the rights of minorities since she was old enough to hold a picket sign. She was recognized last May by the San Francisco Human Rights Commission with a “Legacy Award for a Lifetime in Human Rights Advocacy.”

So why is she advocating for unlocked guns in the home, and more lethal bullets?

“I live in the Bayview and I’m 79 years old,” she told The Guardian. “We’re mostly single women, but we need to have protection.”

She cited a recent police report she’d read of an elderly woman being assaulted by several teenage girls, just blocks from her home, as one of the many reasons she feels she needs protection in her own neighborhood.

Jackson said she’s had a lifetime of training with her firearm, although she wouldn’t identify the kind of weapon she wield. Back in the ’60s, she said, “they were calling us pistol packing mamas.” It’s that history, she said, that makes her feel safest with a gun in her drawer, where she can easily get it in case of a robbery.

But Theo Ellington — a board member of the Bayview Opera House and the Southeast Community Facilities Commission — sees the issue differently. Notably, as a member of the Young Black Democrats, he led the opposition against Mayor Ed Lee’s proposal to introduce “Stop and Frisk” policing to San Francisco. Lee abandoned the idea after activists cited rampant civil rights abuses under the policy in New York City.

Ellington thinks that overturning the San Francisco’s gun ordinances would be a bad idea. “We face a much greater risk if we fail to take measures to prevent [gun] accidents,” Ellington told us. “The last thing we want is for any weapons to be in the hands of children or for potential misuse.”

He has reason to be worried about the Bayview. Recent city statistics show an upswing in most crime categories in the district from 2011 to 2012, from homicides and rape to vehicle theft and burglaries. National studies have shown gun owners or their family members are more likely to get shot by guns kept in homes than are intruders. Public safety means different things in different areas, Ellington said, especially “when we’re dealing with a population that is plagued by gun violence.”