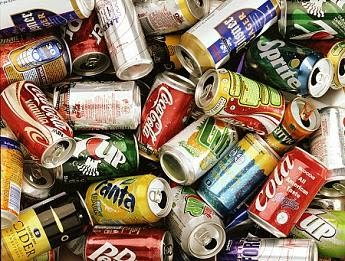 In a win for the gentrifiers of the Haight Ashbury, the Haight Ashbury Neighborhood Council’s (HANC) Recycling Center has been issued an official eviction notice, posted by the Sheriff’s Department, and is slated to be out on the street by this Wednesday, Dec. 5. But those who hoped this would rid the neighborhood of poor people recycling bottles and cans may be disappointed.

The HANC site in Golden Gate Park — which houses a community garden, native plant nursery, and recycling center — has been battling eviction pushed by the Mayor’s Office and mayoral appointees for nearly a decade. Previously, the city Recreation and Park Department pushed for HANC to leave, a stand reinforced by court rulings, but the eviction notice looks like the last nail in the coffin. The recycling center’s employees will lose their jobs just as the winter holiday season begins.

“The notion that they’d put people out of work before Christmas was horrendous,” said Ed Dunn, HANC’s director. The eviction caught him totally flat footed, as he had just last week given a tour to San Francisco officials interested in mediating the dispute.

“It seemed like there was growing awareness that we’re a public good,” Dunn said. “I guess that went nowhere.”

Deputies posted the eviction notice at HANC’s doors on Wednesday, Nov. 28. Susan Fahey, the Sheriff’s Department media relations officer, declined to discuss the details on how the department would handle the eviction, saying only that “we plan accordingly.”

And though some, like Chronicle columnist C.W. Nevius, are celebrating HANC’s demise, the unintended consequences should have all small businesses in the Haight Ashbury worried.

State law requires that Californians have easy access to a “convenience zone,” basically somewhere nearby that they can sell the cans and bottles and get back the “redemption” fee charge to consumers. HANC served that purpose for a half mile radius around its location on Frederick, near Stanyan.

“My position is we have to understand the full potential of the decision we’re making,” Regina Dick-Endrizzi, director of San Francisco’s Office of Small Business, told us. Namely, that without HANC, two local grocers will have to pick up the slack and buy back the bottles and cans they sell.

“Whole Foods and Andronicos were serviced by HANC’s existence,” Dick-Endrizzi said. With HANC gone, “they will be required to buy back [bottles and cans] from local stores.”

The whole reason that HANC was being pushed out in the first place was due to a vocal few, like the Haight Ashbury Improvement Association, saying that HANC was a magnet to the homeless population and their shopping carts filled with bottles and cans. Now those same poor folks may take their business from Golden Gate Park to the Haight neighborhood itself, frequenting the local Whole Foods, defeating the whole purpose behind the opposition’s scorn for HANC.

But sometimes local grocery stores defy the state mandate, and instead choose to pay state fines, Dick-Endrizzi said. If they choose not to take recyclables, small businesses all over the Haight would be required to individually pay customers for their used recyclables.

If they don’t, small businesses could be fined as $100 a day under state law. A year gone without dealing with the issue could cripple a business, with fines up to $36,000.

When contacted, Whole Foods representative Adam Smith said that the company was aware of the issue and was still deciding on a course of action for the neighborhood.