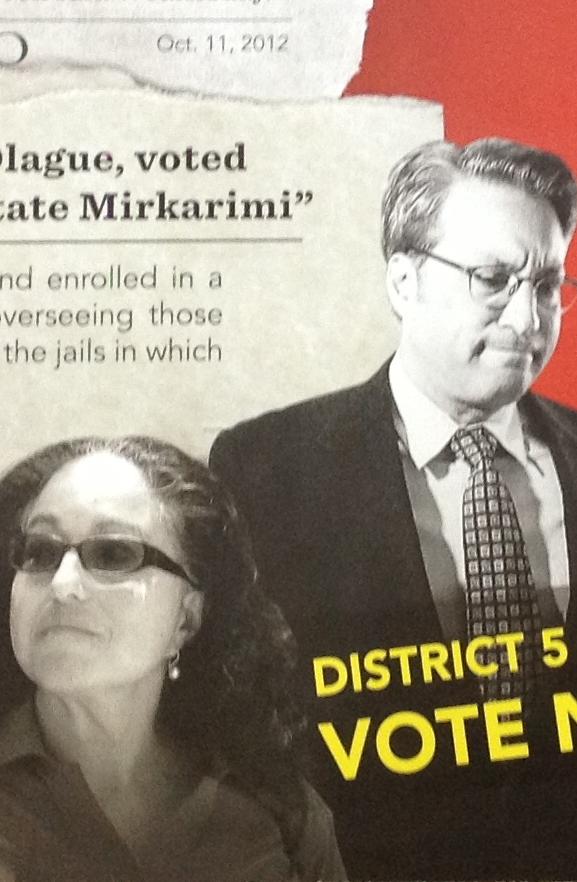 The attack on Sup. Christina Olague, funded by a couple of right-wing billionaires, is in full swing in District 5, with mailers, robocalls, a social-media buy and even TV ads. It’s a disgraceful effort to buy an election in the final week, a flood of sleaze that’s outrageous even by modern political standards.

On the surface, the PAC called San Francisco Women for Responsibility and an Accountable Supervisor is talking about domestic violence. One mailer features a woman whose daughter was killed by an abuser saying she is “appaled” that Sheriff Ross Mirkarimi still has his job — and that Olague voted not to throw him out. A 60-second TV ad features Ivory Madison, the Mirkarimi neighbor whose video was the centerpiece of the campaign to oust the sheriff.

But the PAC is entirely funded by Ron Conway, his wife Gayle, and Thomas Coates. Conway hasn’t been a leading voice on domestic violence issues, and neither has Coates — they are business people who are primarily interested in making money. In the case of Conway, he’s someone who has publicly announced that he wants to “take San Francisco back” from progressives and install more big-business-friendly politicians at City Hall. Coates is a real-estate investor who has spent a lot of time and money fighting to limit tenant-protection laws.

Why are these two so interested in the D5 race? Well, in an email, Conway told me that “the Committee that my wife Gayle and other women, including longtime anti-domestic violence advocates, have formed and that I and others support exists solely to oppose Christina Olague because she put her own politics ahead of women and the victims and survivors of domestic abuse.”

But it’s eminently clear that there’s a larger agenda here, that the wealthy donors are using the domestic violence issue to get rid of a supervisor who they see as not sufficiently friendly to their economic interests. And there’s probably a bit of payback involved: Olague defied the mayor with her Mirkarimi vote — and while a lot of observers still say this was all a setup to demonstrate her independence in time for the election, Conway, one of the mayor’s closest allies and advisors, clearly didn’t get that message.

Coates lives in Los Angeles. Conway lives in Pacific Heights. Neither of them has any connection the D5 — except for their desire to get rid of Olague. They’ve taken a real, serious issue — domestic violence — and used it to their own political advantage.

We haven’t endorsed Olague, but we know a shady scam when we see one, and that’s exactly what this is. The voters of District 5 should reject this kind of outside-influence politics and not let a couple of billionaires decide the future of their the city.