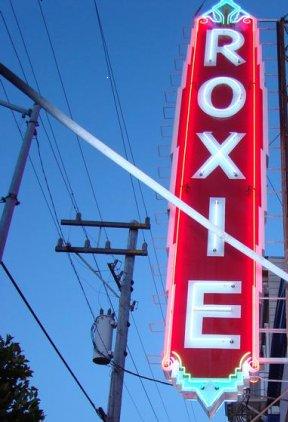 Yeah, I know — at this point, you have your email set up to funnel any messages with the word “Kickstarter” in them to go directly to spam. But for every CD you never receive or artist who seems to misappropriate her crowd-sourced dollars, there’s an honest cause that’s well worth whatever support ($5 minumum) you can toss its way.

For example: the new campaign for San Francisco’s beloved Roxie Theater, the second-oldest theater in the world and the oldest continuously running theater in the US — though I’d venture a guess programming in 1909 looked a little different than it does today. (Speaking of which, check out Dennis Harvey’s review of the mind-blowing Miami Connection, luring Roxie audiences into its cult starting this Friday.) The Roxie‘s eclectic schedule always features a mix of first-run films, one-off special events, local-filmmaker showcases, and film festivals (DocFest starts next week!)

In 2009, after weathering a financial hit when a partnership with the bankrupt New College fell apart, the theater became a non-profit; several successful fundraisers later, it’s almost reached a landmark goal. From the press release:

“The Roxie is launching a Kickstarter campaign to raise $60,000 to support the final phase of its transition to becoming a sustainable 501c3 non-profit. The proceeds will be used to support our 2012-2013 theater programming, events, and institutional upgrades including a redesign of the Roxie website.

Bla-zam! Do your part, San Francisco film lover, and kick in some bucks in honor of this valuable local resource. There are some pretty cool premiums for donating, including getting your name painted into one of the Roxie’s lobby murals (!), so head to the Kickstarter page and give whatever you can.