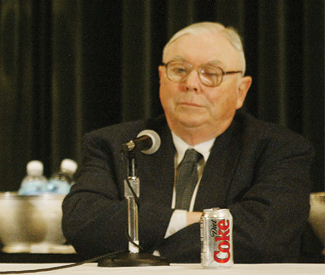 Modern California politics can be tug of war between corporate interests and the public interest. On one side is a gang of the biggest, toughest, strongest kids on the playground. On the other side is everyone else.

The labor movement isn’t always on the side of the disenfranchised — the prison guards union, for example, has long used its clout to push for greater incarceration levels, costing the taxpayers hundreds of millions and destroying lives in the process.

But overall, with the huge expense that’s now involved in running a political campaign in this state, labor — using the combined money of millions of dues-paying members — is often the only force that can stand up to the big-business bullies.

“The working class doesn’t have enough institutions through which to makes its voice heard,” says Nelson Lichtenstein, Director of the Center for the Study of Work, Labor and Democracy at UC Santa Barbara.

That’s why some of the richest and most powerful corporate interests in the country are trying, once again, to cut labor money out of politics — and why the battle over Proposition 32 is so critical for the state’s future.

And, ironically, the fight over an initiative whose backers say it’s aimed at limiting campaign spending by special interests has become one of the most expensive ballot battles in state history.

Prop. 32, to put it bluntly, is backed by a handful of rich people. Billionaire Republican Charles Munger, hedge fund manager William Oberndorf, and investment manager Jerrold Perenchio have between them put up nearly $24 million to get the measure on the ballot and pass it.

The Yes on 32 campaign talks about limiting both corporate and union spending. Again, in a biting irony, backers capitalized on the public’s concern with Citizen’s United, which gave corporations the same constitutional rights as people and enabled them to spend unlimited amounts of money on political campaigns.

But the measure really only affects one side. Corporations don’t use paycheck deductions to collect political money — and partnership, limited liability companies and many other entities could give as they wish. So, of course, could rich individuals, like the ones behind Prop. 32.

“All we’re doing is exposing the truth,” says Eric Heins, Vice President of the California Teachers Union, which has thrown more than $20 million dollars to block 32. The truth, he says, is that it will exempt corporations while limiting the voice of unions. “All you really need to do is just follow the money and follow who is exempted from it. We’re not doing anything other than telling it like it is.”

Labor’s efforts seem to be working. A September 21 survey by UC Berkeley and the Field Poll showed that just 38 percent of voters favored the measure while 44 percent opposed it. Another late September poll from USC and the Los Angeles Times showed similar results. The latest numbers from the Public Policy Institute of California show labor’s efforts have made more gains with just days before the election.

“The No on 32 campaign has been working overtime,” says Chris Daly, political director for the Service Employees International Union local 1021. “I think in the beginning the feeling was 32 started with a lead and as we educated voters about what it really is, support evaporated.”

Part of the labor effort has been to remind voters that they have seen this kind of proposition before. In 1998 it was called the “Paycheck Protection” initiative that aimed to establish new requirements with regard to payroll deductions for political activity. It was defeated at the polls. A 2005 measure aimed to do the same thing, but after a hard fought campaign and millions of dollars spent, it too was blocked.

Unions have also reached out to young people. “Voters 18 to 35 are a key demographic,” says Daly. “They tend to be much more progressive voters and more concerned about corporate power.”

For years the anti-union movement has argued that payroll deductions for political use without consent from employees is unethical and corrupt. They’re also one of the few ways working people can compete with wealthy corporate donors in politics and are necessary to keep the playing field somewhat balanced.

So while the corporate world is contributing money to silence one side of the debate, the other is using money to keep its voice alive. According to Maplight — a nonpartisan research group that tracks money in politics — spending on 32 has surpassed $100 million, with supporters spending roughly $45 million and the opposition $58 million.

And there’s still a significant amount of money to be spent before November 6. The campaign finance database on Secretary of State Debra Bowen’s official website breaks down the 18 committees formed to support or oppose the measure. Of the five pro-32 committees, three have a combined $7 million dollars left to spend on their agenda while eight of the 13 opposition committees have roughly $9.7 million left.

The labor folks argue that their big money is different than big corporate money. “When we put money into a campaign its money that’s been cobbled together from a lot of people,” says Heins. “There’s a big difference with CTA putting in money as opposed to Munger putting in a check of $20 million that he won’t even miss.”

In addition to direct support from wealthy individuals like Munger, Prop. 32 has received money from a number of political action committees that aren’t required to disclose their donors. So while it’s pretty clear who the teachers union is and what its members want, its hard for voters to know the agenda of The American Future Fund — a PAC that’s donated $4 million raised from anonymous sources.

AFF has close ties to right-wing billionaires Charles and David Koch — but their names aren’t anywhere on any disclosure forms. “The ability to hide behind large PACS is corrosive and I think everybody knows it,” says Barbara O’Connor, Emeritus Professor of Communications at California State University, Sacramento.

The campaign financing behind Prop 32 is symptomatic of what’s happening across the country in the world the US Supreme Court has created with its Citizens United decision. At the national level, the Obama and Romney campaigns combined will have spent more than $1 billion by Election Day. While the President’s campaign has spent more money, Romney’s camp has benefited from enormous amounts of outside cash from super PACS, erasing Obama’s edge.

Could this be a new normal for election spending and campaigning?

O’Connor says change will likely come sooner than later. But as Prop. 32 demonstrates, that change will be tricky. What would happen if 32 passed? Would other states follow? Would one-sided campaign laws be the next frontier in reform?

What everyone wants to know is whether or not this is the new normal for elections. “I think people on both sides are seeing the impact and skewing of citizen voting and once the fury calms down it will change. You’re going to see a big shift in how we campaign after this election.”