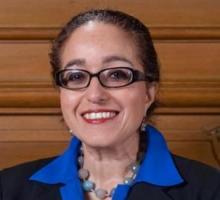 CORRECTION: This article has been updated to correct inaccurate information.

The flood of money into the San Francisco elections over the past month is mind-boggling. We’ve never seen this level of independent-expenditure attacks in district elections. We’ve never seen an out-of-nowhere conservative candidate with no political experience at all spend half a million of his own money to buy a San Francisco Assembly seat. It could be a very ugly Nov. 6.

The most dramatic entry in the last-minute sewer-money contest is the political action committee just formed to attack Sup. Christina Olague over her vote to retain Sheriff Ross Mirkarimi. San Francisco Women for Responsibility and Accountable Supervisor exists only to oppose Olague; Ron Conway, a close ally Mayor Ed Lee, has thrown $20,000 into the group, and his wife Gayle put up $49,000. Linda Voight, who is married to real-estate industry mogul and rent-control foe Thomas Coates, put up another $49,000. That more than $100,000 coming in during the last 10 days of a campaign and it’s an unprecedented amount of negative money for a district race.

The idea that a tech titan and a big landlord would use the Mirkarimi vote in a hit-campaign is disturbing to a lot of people, particularly Ted Gullicksen, who runs the San Francisco Tenants Union:

(Conway, in an Oct. 30 note, says he does not oppose San Francisco’s rent control laws. Coates has put significant money into anti-rent-control efforts.)

It’s also, apparently, payback from two of the mayor’s money guys — and it makes a screwy election even stranger. Particularly since none of the other prominent candidates in D5 are out there going after Olague on her vote and most of them probably would have voted the same way.

Conventional wisdom is that attacking Olague helps London Breed, who is the candidate the landlords have chosen (and spent $40,000 on). But nobody knows exactly what will happen when all the ranked-choice ballots are counted. John Rizzo has largely weathered the story of attacks from all sides and will be #2 on a lot of ballots. I think Julian Davis is finished, and more of his supporters will go to Rizzo or Olague than to Breed.

Still, it’s entirely possible that the most progressive district in the city will be represented by someone who is likely to be more aligned with the moderates and conservatives than with the left.

Then there’s Michael Breyer, who has now put more than $500,000 of his own money into the Assembly race against Assessor Phil Ting. Breyer’s never done anything in local politics; he claims to talk about old-fashioned San Francisco values and hypes his family members from past generations who have been active in the community, but he grew up on the East Coast and moved here in 2002. But with that kind of money, the more conservative candidate has been able to bring the race close to even.

And if he can use his own fortune to top Ting — who’s been a decent Assessor and has long ties to the community — it’s going to be a bad moment for San Francisco politics.