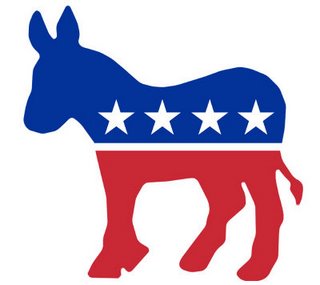 San Franciscans will get a chance to take a deep breath – and their politicians will be able to get past Election Day – before wading back into the sordid saga surrounding Sheriff Ross Mirkarimi’s fitness for office, thanks to a resolution condemning him being pulled from tomorrow night’s San Francisco Democratic County Central Committee agenda.

The measure’s chief sponsor, Zoe Dunning, today sent her DCCC colleagues an email thanking supporters of the measure but noting that “a few of you also expressed your belief that collaborating on an amended but substantially similar resolution would help maximize consensus on the DCCC. In consideration of these sentiments and my desire for consensus, I’ve decided to temporarily withdraw my resolution from consideration.”

Instead, Dunning said that she would reintroduce a new resolution for the following meeting, which is scheduled for Nov. 28. Her resolution condemns Mirkarimi for the domestic violence incident against his wife – for which he accepted criminal responsibility in March and survived an attempt to remove him from office for official misconduct last month – and voiced support for his recall by voters.

Inside sources tell us the reason for the delay has less to do with the substance of the measure than with its timing, coming while emotions are still so raw and emotionally charged on both sides of the Mirkarimi question. Few DCCC members had the stomach right now for a replay of the ugly, hours-long public testimony that marked the Oct. 9 Board of Supervisors meeting – particularly coming during Game 1 of the World Series.

Dunning conceded that one factor in her decision was that she “got the feedback that emotions are a little raw right now,” although she told us her main reason was to gather more support: “The timing aspect of it was getting more consensus on the measure. I’m not doing this to be divisive, but I would like the party to take a stand on this.”

That wasn’t the only dramatic item on tomorrow’s DCCC agenda, which also includes a proposal to revisit the DCCC’s “no endorsement” vote in the contentious District 5 supervisorial race and make an endorsement. The effort was sparked by supporters of London Breed who hope the moderate-dominated body will offer its support to counter current efforts to consolidate progressive support around Christina Olague in the wake of Julian Davis’ current difficulties around his handling of allegations of past misbehavior toward women.

Few sources that we spoke to wanted to offer their predictions for how the D5 endorsement would go, but some were relieved that it was decoupled from the Mirkarimi measure that was placed just ahead of it on the agenda.

Yet Mirkarimi is still likely to be hit with the DCCC’s condemnation when it reconvenes next month, barring a change in the political climate or a deescalation by either the Mayor’s Office or the DV community, which isn’t likely.

Matt Dorsey, the spokesperson for the City Attorney’s Office who was elected to the DCCC in June with progressive support, co-sponsored the resolution and told us a recall election is needed to bring closure to this saga.

In an email response to our questions, he wrote: “First, I disagree that a recall would fuel a continued divisive climate. To the contrary, a successful recall would resolve division. Frankly, even an unsuccessful recall would offer both sides the satisfaction of knowing that voters settled the matter – without questions over the legitimacy of the official misconduct proceeding or legal interpretations of the Charter.”

Mirkarimi didn’t respond to our inquiries, but Olague told us last week that she would like to see the fight put to rest. “What I’m concerned about right now is a lot of people are exploiting issues around domestic violence and politicizing it,” Olague said, calling for people to “stop demonizing him” and accept that he’s been punished and is getting the help he needs. “Now it’s so convenient to try to destroy Ross and I think that’s wrong.”

She said the twin scandals involving how Mirkarimi and Davis have treated women – and how those incidents are being exploited – are damaging the city, but she hopes they will give rise to more productive discussions.

“What I’m concerned about is the progressive movement find a way to heal and come together in a way that is more respectful of women,” Olague told us. “Rather than dancing on the grave of Julian Davis, how do we come together and talk about how we treat women?”