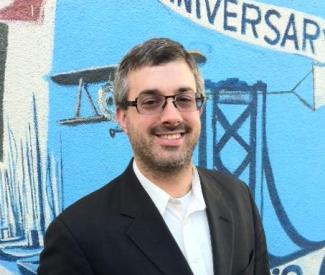 When leftist firebrand Chris Daly left the Board of Supervisors two years ago, amid political treachery that effectively ended a decade of progressive control over the body, the bar that he took over and operated – the Buck Tavern – became a gathering place for progressive activists. It was almost like a government in exile following a coup d’etat.

That changed a bit over the last year as Daly became the full-time political director of SEIU Local 1021 and dropped his regular bartending gigs, although the Buck still showcased community events. But as their lease was set to expire on Oct. 31, Daly and co-owner Ted Strawser were unable to negotiate a new one on terms they could afford, to find a new space, or to find a buyer that would keep the Buck running.

So the Buck Tavern, under the helm of a politico that the SF Weekly once-dubbed Captain Outrageous – in an article recognizing his role in getting a better deal for the city hosting the America’s Cup (and, of course, denying ours) – is set to sink at the witching hour on Halloween. That’s right, the Buck is going under.

“We’ve been able to do some really cool things with the space in terms of housing a community of people,” Daly told us. “We had a good run.”

That community is invited for a last hurrah at the Buck on Oct. 31, with nautical-themed costumes requested. So, ye scurvy dogs, come grab some grog and toast the motley crew that proudly sailed these stormy seas before they descend to Davy Jones locker. Arghhh!