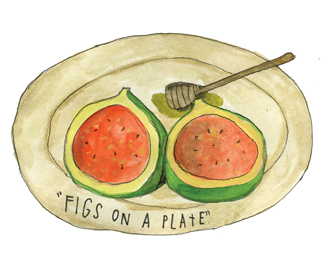 San Francisco was where I first learned to gasp and grasp at the possibilities of radical queer self-invention and communal care. This was 1992. I was 19: childhood meant suffocation, college was pointless shit. All around me, people were dying of AIDS and drug addiction and suicide, but finally I was finding other queer incest survivors, whores, vegans, runaways, anarchists, dropouts, drug addicts, sluts, activists and freaks trying not to disappear. We were scarred and broken and brutalized but determined to create something else, something we could live with, something we could call home or healing or even just help, I need help here, can you help?

Of course, we were not the first wave of queer migration to San Francisco in search of ways to cope and hope, visions of lust and love not bounded by convention, brazen challenges to the violence of status quo normalcy. But learning how to dream is always a difficult process. It’s what we needed one another for.

And yet, there is a certain kind of smugness in queer San Francisco, this sense that we have arrived, that we’ve done our work, that we’ve created something beyond the twin traps of gay assimilation and straight normalcy. The problem is that often a sophisticated rhetoric camouflages the same tired patterns of abuse and neglect, and this hurts more when it comes from those you believe in, right? I know that it has hurt me more.
Let me tell you about the friend who will always be there, no matter what. We met when I was 19: we held one another and broke apart walls. We tried to share everything about our lives, and then when we ran out of things to disclose we dug deeper. This relationship lasted for 16 years, but I lost it all when I told this friend he was the most important person in my life. I told him I felt confident about the longevity of our relationship, about our intimacy and our trust, but I never felt secure because of the five-year period when he lied about everything due to a disastrous alcoholism, a five-year period he kept telling me he’d gotten past. It’s true that he wasn’t drinking anymore. When I told him I still didn’t feel secure, I thought he would ask me what he could do, but instead he became enraged, and our relationship was over.

This is just one example of the gap between rhetoric and reality; there are too many. When I arrived in San Francisco in 1992, the city sheltered outsider queer cultures unimaginable in most places. Twenty years of gentrification, homogenization, and assimilation later, and yes, these cultures still exist in some form, even if they have been decimated in both density and imagination. Perhaps what’s changed the most for me is that now I need to live elsewhere in order to dream.

Mattilda Bernstein Sycamore (mattildabernsteinsycamore.com) is most recently the editor of Why Are Faggots So Afraid of Faggots?: Flaming Challenges to Masculinity, Objectification, and the Desire to Conform. Mattilda’s next book, The End of San Francisco, will be out in April 2013 from City Lights—it might break your heart.