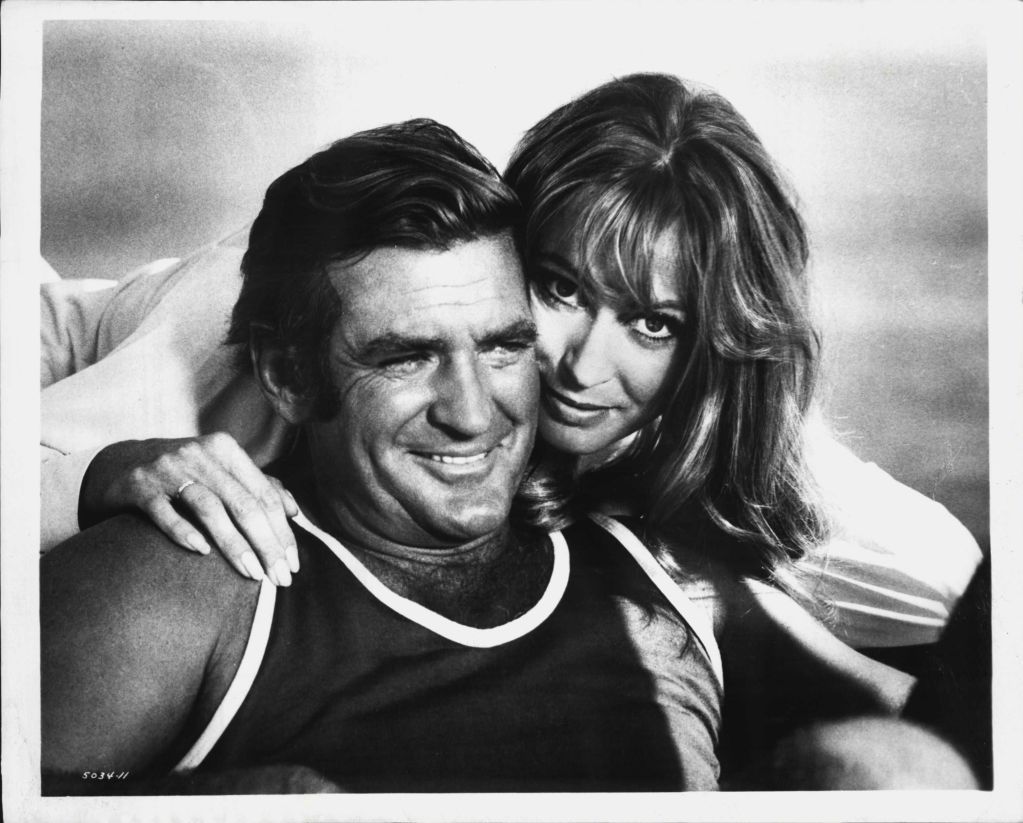 This week, get thee to the Roxie for “Not Necessarily Noir III” (Dennis Harvey’s preview here), or the wind-whipped moors for Andrea Arnold’s brutal new Wuthering Heights (my chat with Arnold here). Other new stuff we haven’t reviewed yet: the not-screened-for-critics-because-let’s-face-it-these-movies-are-critic-proof Paranormal Activity 4, and Tyler Perry’s first Madea-free enterprise in some time, Alex Cross.

Read on for more new reviews!

Bel Borba Aqui “The People’s Picasso” and “Brazil’s Pied Piper of Street Art” are both apt descriptions of veteran artist Bel Borba, who has spent decades bringing color and imagination to the streets of Salvador — his seaside hometown, and a place already graced with the nickname “Brazil’s Capital of Happiness.” It’s not a stretch to imagine that Borba’s commitment to public art (a giant Christmas tree made of plastic Coke bottles, a rhinoceros sculpture crafted from old boat planks, hundreds of large-scale mosaics, even a painted airplane) has done its share to lift spirits. Bel Borba Aqui isn’t the sort of doc to delve into its mustachioed subject’s history or personal life (despite a few angry cell phone conversations randomly captured along the way); instead, it’s much like Borba himself — freewheeling and spontaneous, and most alive when it’s showing art being created. Great soundtrack, too. (1:34) Roxie. (Cheryl Eddy)

Fat Kid Rules the World It really does suck to be Troy (Jacob Wysocki from 2011’s Terri). An XXL-sized high schooler, he’s invisible to his peers, derided by his little brother (Dylan Arnold), and has lived in general domestic misery since the death of his beloved mother under the heavy-handed rule of his well-meaning but humorless ex-military dad (Billy Campbell). His only friends are online gamers, his only girlfriends the imaginary kind. But all that begins to change when chance throws him across the path of notorious local hellraiser Marcus (Matt O’Leary), who’s been expelled from school, has left the band he fronts, and is equal parts rebel hero to druggy, lyin’ mess. But he randomly decrees Troy is cool, and his new drummer. Even if he’s just being used, Troy’s world is headed for some big changes. Actor Matthew Lillard’s feature directorial debut, based on K.L. Going’s graphic novel, is familiar stuff in outline but a delight in execution, as it trades the usual teen-comedy crudities (a few gratuitous joke fantasy sequences aside) for something more heartfelt and restrained, while still funny. O’Leary from last year’s overlooked Natural Selection is flamboyantly terrific, while on the opposite end of the acting scale Campbell makes repressed emotion count for a lot — he has one wordless moment at a hospital that just might bring you to the tears his character refuses to spill. (1:38) (Dennis Harvey)

The House I Live In Much like he did in 2005’s Why We Fight, filmmaker Eugene Jarecki identifies a Big Issue (in that film, the Iraq War) and strips it down, tracing all of the history leading up to the current crisis point. Here, he takes on America’s “war on drugs,” which I put quotes around not just because it was a phrase spoken by Nixon and Reagan, but also because — as The House I Live In ruthlessly exposes — it’s been a failure, a sham, since its origins in the late 1960s. Framing his investigation with the personal story of his family’s housekeeper — whose dedication to the Jarecki family meant that she was absent when her own son turned to drugs — and enfolding a diverse array of interviews (a sympathetic prison guard, addicts and their families, The Wire‘s David Simon) and locations (New York City, Sioux City), Jarecki has created an eye-opening film. Particularly well-explained are segments on how drug laws correlate directly to race and class, and how the prison-industrial complex has played a part in making sure those laws remain as strict as possible. (1:48)  (Cheryl Eddy)

Middle of Nowhere All the reasons why movie publicist turned filmmaker Ava DuVernay scored the best director award at the Sundance Film Festival are up here on the screen. Taking on the emotionally charged yet rarely attempted challenge of picturing the life of the loved one left behind by the incarcerated, DuVernay furthers the cause of telling African American stories — she founded AaFFRM (African-American Film Festival Releasing Movement) and made her directorial debut with 2008 LA hip-hop doc This Is The Life — with Middle of Nowhere. Medical student Ruby (the compelling Emayatzy Corinealdi) appears to have a bright future ahead of her, when her husband Derek (Omari Hardwick) makes some bad choices and is tossed into maximum security prison for eight long years. She swears she’ll wait for him, putting her dreams aside, making the long bus ride out to visit him regularly, and settling for any nursing shift she can. How will she scrape the money together to pay the lawyer for Derek’s parole hearing, cope with the grinding disapproval of her mother (Lorraine Toussaint), support the increasingly hardened and altered Derek, and most importantly, discover a new path for herself? All are handled with rare empathy and compassion by DuVernay, who is rewarded for her care by her cast’s powerful performances. Our reward might be found amid the everyday poetry of Ruby’s life, while she wraps her hair for bed, watches Ali: Fear Eats the Soul (1974), and fantasizes about love in a life interrupted. (1:41) (Kimberly Chun)

Simon and the Oaks Despite being gripping or heartwarming at times, Simon and the Oaks, based on the novel by Marianne Fredricksson, fails to cohere, serving as another reminder of the perennial dilemma of converting literature to film. It tells the story of Simon (Bill Skarsgard — son of Stellan, younger brother of Alexander), a boy coming of age in World War II Sweden. He befriends Isak, son of a Jewish bookkeeper who fled Nazi Germany, and their families become close when Isak’s father nurtures Simon’s love of books and Isak begins to heal his emotional scars by diving into carpentry work with Simon’s father. The moments of true human compassion between the two families begin to falter as the story jumps around to follow Simon’s search for love and identity. More missteps: Simon’s discovery of classical music is conveyed via a series of “artsy” montages, and his brief affair with a fiery Auschwitz victim — problematic, to say the least. (2:02) (Molly Champlin)

Smashed A heartbreaking lead performance from Mary Elizabeth Winstead drives this tale of a marriage tested when one partner decides to get sober. And it’s time: after an epic night of boozing, first-grade teacher Kate (Winstead) pukes in front of her class, then lies and says she’s pregnant, not anticipating the pushy delight of the school’s principal (Megan Mullally). Plus, Kate’s gotten into the habit of waking up in strange, unsafe places, not really remembering how she stumbled there in the first place. Husband Charlie (Breaking Bad‘s Aaron Paul) sees no reason to give up partying; he’s a music blogger whose “office” is the home his wealthy parents bought for the couple, and his problem isn’t quite as unmanageable as hers (at least, we never see him peeing in a convenience store). After Kate joins AA, she realizes she’ll have to face her problems rather than drinking them away — a potentially clichéd character arc that’s handled without flashy hysterics by director and co-writer (with Susan Burke) James Ponsoldt, and conveyed with grace and pain by Winstead —an actor probably best-known for playing Ramona Flowers in 2010’s Scott Pilgrim vs. the World, but just now revealing the scope of her talent. (1:25) (Cheryl Eddy)

Tai Chi Zero A little boy dubbed “the Freak” for the curious, horn-like growth on his forehead grows up to be Lu Chan (Jaydan Yuan), who becomes a near-supernatural martial arts machine when the horn is punched, panic-button style. But activating the “Three Blossoms of the Crown,” as it’s called, takes a toll on the boy’s health, so he’s sent to the isolated Chen Village to learn their signature moves, though he’s repeatedly told “Chen-style kung fu is not taught to outsiders!” Stephen Fung’s lighthearted direction (characters are introduced with bios about the actors who play them, even the split-second cameos: “Andrew Lau, director of the Infernal Affairs trilogy”), affinity for steampunk and whimsy, engagement of Sammo Hung as action director, and embracing of the absurd (the film’s most-repeated line: “What the hell?”) all bring interest to this otherwise pretty predictable kung-fu tale, with its old-ways-versus-Western-ways conflict and misfit hero. Still, there’s something to be said for batshit insanity. (Be warned, though: Tai Chi Zero is the first in a series, which means one thing: it ends on a cliffhanger. Argh.) (1:34) (Cheryl Eddy)

The Waiting Room Twenty-four hours in the uneasy limbo of an ER waiting room sounds like a grueling, maddening experience, and that’s certainly a theme in this day-in-the-life film. But local documentarian Peter Nicks has crafted an absorbing portrait of emergency public health care, as experienced by patients and their families at Oakland’s Highland Hospital and as practiced by the staff there. Other themes: no insurance, no primary care physician, and an emergency room being used as a medical facility of first, last, and only resort. Nicks has found a rich array of subjects to tell this complicated story: An anxious, unemployed father sits at his little girl’s bedside. Staffers stare at a computer screen, tracking a flood of admissions and the scarce commodity of available beds. A doctor contemplates the ethics of discharging a homeless addict for the sake of freeing up one of them. And a humorous, ultra-competent triage nurse fields an endless queue of arrivals with humanity and steady nerves. (1:21) (Lynn Rapoport)