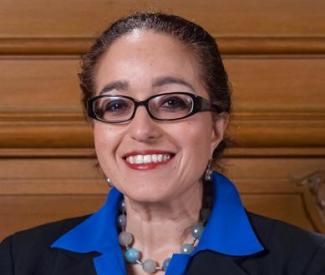 [UPDATED AND CORRECTED] Wild and unsettling political dynamics have rocked the District 5 supervisorial race, with three major candidates having prominent endorsements withdrawn, the most significant being this week’s mass exodus of support from the campaign of Julian Davis following his bad handling of allegations that he has mistreated women.

Those withdrawing their endorsements of Davis since Saturday include Sups. John Avalos, David Campos, and Jane Kim, Assembly member Tom Ammiano, the Bay Guardian, the Examiner, and the League of Pissed-Off Voters. The Harvey Milk LGBT Democratic Club has scheduled a vote for Monday on whether to withdraw its sole endorsement of Davis.

Avalos gave his endorsement to Sup. Christina Olague over the weekend, and she seems to be getting more progressive support in the wake of Davis’ flame-out and her Oct. 9 vote in favor of reinstating Sheriff Ross Mirkarimi. That vote triggered a strong backlash against Olague from Mayor Ed Lee and his allies, with San Francisco Police Officers Association withdrawing its endorsement.

But former Mayor Art Agnos reached out to Olague – who he didn’t know previously – after the Mirkarimi vote and is rumored to be considering offering her his endorsement and support. Agnos didn’t confirm or deny the rumor, but he did tell us, “I was very impressed by her commitment to the progressive issues we share.”

Olague has a long history of progressive activism and was a consistently good vote during her tenure on the Planning Commission, but many progressives were concerned by her early support for Lee, who then appointed her to the District 5 seat vacated by Mirkarimi’s election as sheriff, and by some of her votes and behaviors since then.

But now that she’s been viciously attacked by Lee’s staffers and allies over the Mirkarimi vote – and iced out by Lee himself, who she says won’t return her calls and who bailed out on a planned campaign appearance – Olague seems to have a newfound independence. “At the end of the day, we serve constituents and the city, and that’s who we should answer to,” Olague told us, agreeing that she feels freed up by recent developments, as difficult as they’ve been. “You don’t become an indentured servant.”

She told us that her decision last year to co-chair the “Run, Ed, Run” campaign to convince Lee to break his promise and run for a full term to the office he’d been appointed to was based on her belief that “we’d see an infusion of new energy and some more diversity” of both ideology and demographics in the Mayor’s Office.

Olague said the schism with the administration began this summer when she supported Avalos in trying to bring in new revenue as part of the business tax reform measure that became Prop. E, which Lee had insisted be revenue neutral before compromising with progressives. That was when Olague said she got her first nasty message from Tony Winnicker, the former Newsom press secretary who now works for Lee and wrote Olague a text during the Mirkarimi hearing telling her “you disgust me and I will work night and day to defeat you.”

Some prominent progressives privately worried that schism was an election ploy designed to help Olague win the race for this progressive district given that Davis had captured most of the influential progressive endorsements. But with Lee and his allies continuing to be openly livid over the Mirkarimi vote – and with solid progressive John Rizzo running a lackluster campaign that has less than $5,000 in the bank – there is growing progressive support for Olague.

The big fear among many progressives is that London Breed will win the race, a concern that has been exacerbated by the support that Breed has been receiving from real estate and development interests, both directly and in independent expenditures by the Association of Realtors, which has spent more than $225,000 in this election cycle hoping to knock out progressives in Districts 1 and 5 and tip the balance of power on the board.

Breed told us that she doesn’t know the Realtors or why they’re offering such strong support, pledging to be an independent vote. “I’ve never made any promises to anyone that I would help anyone or that I would be this way or that,” she told us. “I’m not here to do anyone’s bidding, whether it’s Aaron Peskin or Willie Brown or anyone else.”

Brown helped launch Breed’s political career by [CORRECTED recommending then-Mayor Gavin Newsom] appoint her to the Redevelopment Commission, where Breed supported Lennar and other big developers, but she had a falling out with him earlier this year and made impolitic comments about him to the Fog City Journal, causing US Sen. Dianne Feinstein to withdraw her endorsement of Breed.

But that was before the Mirkarimi vote, which Lee’s allies seem to see as a litmus test on Olague’s loyalty to them. As Tenderloin Housing Clinic director Randy Shaw, who helped engineer the progressive split that brought Lee to power, put it on his Beyond Chron blog, “Olague’s vote was an act of profound disloyalty not only to the mayor who appointed her, but also to those who pushed the mayor to do so.”

Olague says she’s disturbed by that viewpoint, and by those so blinded by their efforts to demonize Mirkarimi “and exploit and politicize issues around domestic violence” that they have failed to consider the price he has already paid for his actions or the legal standards for removing an elected official. “On something like this, it’s not a question of loyalty. It’s about principles,” she said.

Breed says that she has seen an increase in support since the Mirkarimi vote and the Davis meltdown, but she said that she doesn’t want to talk about those cases or exploit them politically. “I don’t take pleasure in the misery of someone else,” she said, adding her hope that the furor about Mirkarimi will die down. “The decision has been made and it’s time for the city to come together.”

Progressive leaders have made similar calls, but Mirkarimi’s critics are showing no signs of letting the issue go. San Francisco Democratic County Central Committee members Zoe Dunning and Matt Dorsey have put forward a resolution condemning the reinstatement vote and calling for Mirkarimi’s ouster, which the DCCC will consider on Wednesday evening, Oct. 24.

[CORRECTED At that meeting, the DCCC will also consider a motion] to reopen the D5 endorsement process, hoping to change the DCCC’s previous “no endorsement” vote, and sources tell us there is currently a strong backroom effort to give the endorsement to Breed. That vote will be a big test for progressives, which lost their majority control over the DCCC in the June elections.

Meanwhile, D5 candidate Thea Selby – who snagged one of the three endorsements by both the Guardian and the Examiner – continues to run a strong and well-funded campaign that has avoided the carnage taking place in the other campaigns. “I feel like I’m in the middle watching out for flying beams,” she told us, adding that both she and Rizzo have been “the grown-ups in the room, so there’s an opportunity there and I’m hopeful.”

But unlike Rizzo, who has seems strangely absent and didn’t return Guardian phone calls [see UPDATE below], Selby has plenty of money in the bank – nearly $60,000 as of the last official report two weeks ago – and could benefit from voter disgust with the ugly politics at play. “It’s my experience that is driving this,” says this small-businessperson, “and not my lifelong desire to be a politician, and that may ring some bells.”

How the ranked-choice voting system will play out in this mess is anyone’s guess, and even Davis seems to be hoping that he still has a shot, resisting calls by the Guardian and others to withdraw from the race. Poorly funded candidates Andrew Resignato and Hope Johnson this week announced they were joining forces for the “People’s Ticket” after being excluded from a University of San Francisco candidates forum.

But most political observers seem to think this race will come down to a two-person contest between Breed and Olague – who each have more than $45,000 in the bank with which to make a strong final push – and the distinctions between them are becoming clearer as more progressives get behind Olague and the moderates and monied interests get behind Breed.

Olague said she’s still “willing to work with anybody,” but that, “I’m worried that moderate forces will seize this moment to try to destroy us.”

UPDATE 4:45: Rizzo just got back to us and said he’s been actively campaigning and feeling good about his chances. “We have a great team and we’ll have enough resources to reach voters,” Rizzo said. He said that he’s had a stong fundraising push in the last couple weeks since the last campaign financing statement was released, and he noted his endorsements and active support by influential progressives including Ammiano, Campos, and Carole Migden. “We’re doing a lot of retail campaigning, meeting voters and getting the message out.”