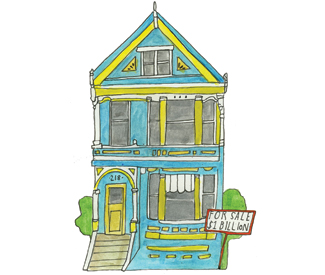 46TH ANNIVERSARY SPECIAL I have a Vision..(Too!)

of poor people-led revolutions and clan mothers wit solutions including the many colored, many spirited, humble people who still remain in San Francisco even though we are systematically incarcerated, profiled, shot or just hated Used by akkkademic institutions, Nonprofiteering, complex over-funded government collusions — From gang ijunctions to sit-lie laws —

Arresting poor folks of color for no just cause

And then let’s go back to the Original removal — !st Peoples of the Ohlone Nation — rarely remembered, considered, spoken about or even named..

Caring for Pachamama, mother Earth in a good way, by the teachings of our ancestors every day

So where does this leave us folx who refuse to be cleaned out, incarcerated, profiled or Wheat-grasserated…

You can’t Frisk, me, Injunct me or incarcerate me cuz let me be clear.

I am staying in my hood, on my corner

and gonna stay seated in my newly gentrifuked park

we will be a thorn in your side for life and up-end your corporate, money-driven hustle

with our feet, our love, our actions …and our ancestors at our side…

“Where we supposed to go, us po’ folks born here, raised here?” said Vietnam vet, disabled, poverty skola and panhandler reporter at POOR magazine, Papa Bear, arrested three times in one day under Sit-lie. “Going to Hell,” thats my vision (of the city) — when they killed the black community — the soul of this city was gone,” said Tony Robles, PNN co-editor, poet, author and organizer and revolutionary son of San Francisco natives of Manilatown. “I don’t care if I’m the last Mexican in the Mission,” said Sandra Sez, indigenous warrior mama and organizer born and raised in the Mission District.

I was born in the back seat of a car, dealt with houselessness and criminalization since I was 11. Ended up in the Bay Area when I was 14. Can’t say San Francisco is my town. But I have had the blessing of meeting and being in family with some of the most powerful revolutionaries from both sides of this beautiful bay. From the I-Hotel resistance to Mission Anti-displacement Coalition to HOMIES to PODER, from The Bay View Newspaper, Idriss Stelley Foundation to the Coalition on Homelessness. Me and my houseless mama along with other landless revolutionaries launched revolutionary projects, POOR Magazine/Prensa POBRE, PeopleSkool, the Po Poets/Poetas POBRE’s , the welfareQUEENs and Theatre of the POOR, to name a few.

I have also been houseless, incarcerated, evicted, profiled, poverty-pimped, gentriFUKed and welfare deformed in the Bay. I have seen beauty and felt resistance in this place in ways I don’t believe would have been possible anywhere else. And yet now it seems like the struggle is just to remain.

Should one fight to stay in a party that no longer includes most of your friends? Neighborhoods filled with people you don’t know and don’t want to know. Schools stripped of their color and cultures. Corporate streets filled with shiney white buses for people who can’t put their deliecate feet on a public bus. Bike lanes filled with $3,000 bicycles and coffee shops that only sell $4 cups of coffee and $3 vegan donuts.

My humble vision for SF includes reparations for black peoples in the Bay View, giving back stolen vacant land to Original Peoples, makng the more than 30,000 empty units in San Francisco available for poor, houseless, and foreclosed on peoples to live in. For landlords to rent at least one apartment per building to families in poverty at reduced or no rent, for doctors and dentists to see at least three patients per practice for a sliding scale starting at $0 — and for people to not question “where their money is going” when they give 50 cents to a panhandler/street newspaper vendor while never questioning where their tax dollars go to politricksters and CEOs of corporations. For the SFPD to arrest, profile, and harass drunken white people who spill out of Bay to Breakers and Golden Gate Park concerts with the same voracity that they do poor youth of color — cause then maybe it would actually have to stop.

And finally for all racist, classist laws that target us poor folks, like sit-lie, gang injunctions and stop and frisk be repealed for their flagrant and disgusting unconstitutionality so that public space will remain truly public and people might truly be free.

Tiny, aka Lisa Gray-Garcia, is a founder of POOR Magazine.