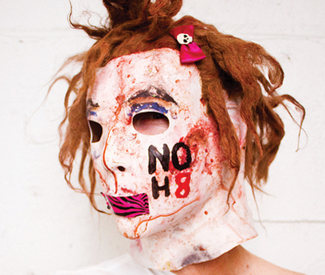 SUPER EGO “We wanted to put together something that truly reflects San Francisco on its most popular holiday,” DJ Syd Gris of Opulent temple tells me over the phone. “A titillating, intoxicating kaleidoscope of San Francisco flavor with soulful, sexy music. And zombie strippers.”

There also promises to be some intriguing tunes, from electro-house headliners Stanton Warriors and 15-piece funk band Action Jackson right on through to the early R&B Hard French DJs and hard-driving Mr. Gris himself. (We’ll also probably be hearing from a lot from gay rapper Cazwell’s alabaster abs as well. Squee squee!) http://www.youtube.com/watch?v=hyO9D3t0jVM

Although there’s no hardcore sex allowed at Masquerotica (no fear, there’ll be plenty of makeout areas), why do San Franciscans weave so much hanky-panky into our pagan revels? Or did I just answer my own question?

“Halloween is partly about being able to express yourself in ways that don’t involve judgement, and so a lot of subcultural communities found acceptance during the holiday,” Gris said. “We want to honor that. We’re a big tent, and we want to fill it with all the people and things that turn us on in the Bay Area.”

I have a scary-powerful crush on this wizard of wide-ranging techno, whose epic sets with live bells and whistles are painterly in their soundscape effects and irresistible in their atmospheres. You can dance to them, too. With DJs Conor, Jonah Sharp, and Mike B.

Oh hey, did I mention that the amazing Move D was in town from Berlin? Why not take advantage of that, and his fruitful collaboration with local hero Jonah Sharp, and present them both in their ambitious ambient live-entity form, Reagenz. Tech heads like me are already wetting their drawers for this installment of the Realtime live techno party, also featuring Moniker, Polk & Hyde, and Its Own Infinite Flower.

One of the city’s most beloved underground parties emerges to celebrate its anniversary, with SF legend DJ Neon Leon at the helm. Expect tons of warm house tunes and love up the wazoo (plus some nifty projections, too!) With DJs Steve Fabus, Robin Simmons, Jason Kendig, Robert Jeffrey, and Viv Baron.

HALLOWEEN! THE BALLAD OF MICHELE MYERS

What do you get when you mashup all your favorite teenage slasher flicks with The Facts of Life? Grindr! Kidding. You get this horrifically hilarious musical brought to us by one of SF’s most twisted drag queens, Raya Light. As glamour-ghoul Michele Myers, she’s gonna tear you apart to a disco beat. And you’ll be singing right along.

You know you live for that campfest movie — wherein Goldie Hawn eats Meryl Streep while Bruce Willis drives away with Freeway the Dog? Something like that, but also the Fountain of Youth and Isabella Rossellini in something really strappy. Anyway, Peaches Christ is giving the 1992 flick, which introduced many of us toddlers to the wonders of CGI, the inimitable uproarious Castro Theatre treatment. Heklina of Trannyshack joins her for a wild live pre-show, with Lady Bear, L. Ron Hubby, and the city’s drag-erati.