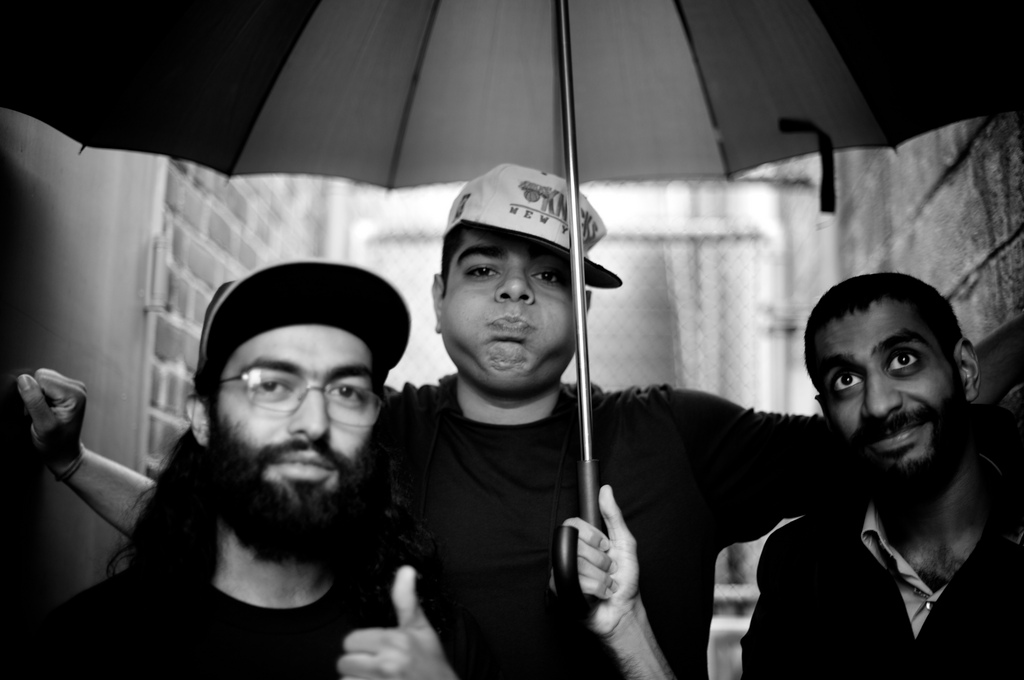 Self-proclaimed, “second best rapper with glasses after E-40” and Bay Area native by way of Brooklyn Victor Vazquez aka KOOL A.D. of rap group Das Racist has had quite the prolific past year in the hip-hop industrial complex.

He and his group Das Racist — featuring rapper Heems and hypeman Dapwell (Dap for short) — released their debut LP and critic darling Relax. Soon after that he released not one but two positively received mixtapes in the span of three months, The Palm Wine Drinkard and the Bay Area homage 51. Das Racist plays DNA Lounge this Fri/12.

KOOL A.D. took time off from his 10-city tour with Das Racist, Leif, Safe, and Lakutis to rhapsodize with the Guardian about playing for the A’s, his punk band, and getting free weed.

San Francisco Bay Guardian Are you for the Giants/ 49ers or A’s/Raiders?

SFBG If you played for the A’s what would be your stepping up to the plate song?

SFBG Where in the Bay Area did you live when you were growing up?

SFBG I heard a rumor that you lost your virginity in the back of a fruit truck in Alameda? Can you confirm or deny this?

KAD I lost my virginity in the cab of the produce truck at Paul’s Produce (now called Dan’s Produce I think) where I used to work.

SFBG What are your favorite spots in the Bay to kick it at? What places do you take Heems and Dap?

KAD As a youngster, I went to punk shows in warehouses and houses, kicked it at Donut Shops, burger spots, and Mexican restaurants, dollar ten Chinese, drank and smoked weed in parks. Not particularly good at “recommending cool shit” to people.

SFBG The Guardian had a recent cover story entitled “Is Oakland Cooler Than San Francisco” What’s your take on that? As a Brooklyn resident do you think Oakland could be SF’s Brooklyn?

SFBG Who are some Bay Area rappers you’ve been into lately?

SFBG Das Racist frequently asks fans to throw various objects on stage. What’s the most outlandish or weirdest thing any fan has ever thrown on stage?

KAD Hundreds of Soy Joy snack bars at a festival in Washington was pretty weird. Also hellof weed, cigarettes. One time in Oakland I asked for money and got like 30 bucks in small bills.

SFBG If presented with the opportunity to join the Illuminati, would you accept?

KAD Depends on what’s in it for me.

SFBG What are you currently working on?

KAD I got a lot of tracks recorded, want do a mixtape or two, maybe an album. I got a punk band called Party Animal putting out a record in December. Got rap mixtape called Peaceful Solutions with Seattle jazz man Kassa Overall. Co-writing for a project called Cult Days.

SFBG I see you’ve been tweeting a lot about Bud Light Platinum, are you fan? Would you and the crew let them use a DR song in a commercial?

KAD Never drank it. But yeah, it’s hard to turn down large sums of money.

SFBG What’s your take on the current state of the hyphy movement? Some say it’s peaked, do you agree or disagree?

KAD Hyphy is a feeling.