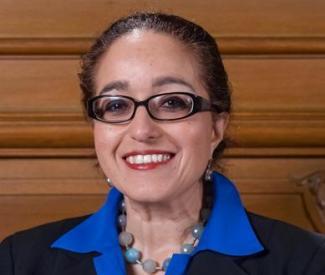 So many things to think about after last night’s Board of Supervisors vote on Ross Mirkarimi. It was a dramatic moment in local politics, a clear rejection of the mayor by four supes, including one of his appointees, a show of political courage by some and weakness by others.

But before I get into that, let me say:

I argued against removing Mirkarimi, for a lot of reasons. One of the most important is the precedent here — the City Charter gives the mayor too much power, the ability to singlehandedly remove an elected official for what the city attorney’s office concluded was pretty much any reason at all. There is no definition of “official misconduct” — and the way this case was presented, it could be interpreted really broadly. That’s dangerous, and the supervisors (or four of them, anyway) knew it.

I’m also a believe in restorative justice, in redemption, in the idea that people can do bad things and turn themselves and their lives around.

Still, it’s important to remember that what Mirkarimi did on New Year’s Eve, 2011, was awful, unacceptable. He was, at the very least, a total asshole and a jerk, treating his wife in a way that was — again, at the very least — psychologically abusive. Some of the comments at the board meeting were way off base; some speakers attacked the domestic violence community and made it sound as if Mirkairmi’s crime was pretty minimal.

I agree with David Chiu that the city’s going to have to come together after this — and the progressives who supported Mirkarimi are going to have to reach out to, and work with, the DV advocates. Because domestic violence is no joke, is no “private matter,” is still a major, serious issue in this city, and the worst possible outcome would be a reversal in San Francisco’s progressive policy on handling these cases.

I wish the audience hadn’t erupted in cheers when the final votes were cast. I heard Mirkarimi on Forum this morning, and when Michael Krasny asked if he was “elated,” he indicated that he was. Wrong answer: Nobody should be happy about what happened here. Mirkarimi’s biggest political and personal flaw has always been his ego, which at times bordered on arrogance, and that has to end, today. The sheriff needs to be humble about what happened to him, recognize that nobody “won” this ugly chapter in city history, and get back to work trying to mend fences with his critics. He’s facing the very real possibility of a recall election, and if he acts like he’s been totally vindicated, it’s going to happen.

This is a chance for Mirkarimi to take the notion of restoration and redemption seriously — by doing what Sup. John Avalos suggested at the hearing. He has to become a changed man. He has to show the world that he really, really gets it. Starting now.

Speaking of change …. the Number One Profile in Courage Award goes to Sup. Christina Olague. Olague was under immense pressure from the mayor, who wanted her vote badly. And because of the rotation of the votes, she had to go early, when it wasn’t clear at all which way this was going to turn out. And she came through, 100 percent solid. She made all the right points, and once she said she was going to vote against the mayor’s charges, the whole thing was over. At that point, there was no way David Campos or John Avalos could or would go the other way, so Mirkarimi had his three votes. I have been critical of Olague, but in this case, I want to give full credit: She did the right thing, when it wasn’t easy. She may have just won the election. (Let me clarify that — she may have kept herself from losing the election.)

Sup. Jane Kim was brilliant in her questioning of the mayor’s representatives and her analysis of the case. She showed real leadership and helped set the stage for what happened by pointing out the flaws in the mayor’s case.

And of course, Campos and Avalos, the undeniable, solid left flank of the board, came through.

It wasn’t easy for any of these four supervisors, and they all deserve immense credit.

Not so Eric mar, who I realize is in a tough race, but … when Olague, who has been accused of being too close to the mayor, had the courage to stand up, Mar, who has nearly universal progressive support, did not.

This is a great opportunity for the city to start talking about restorative justice in a serious way. Let’s get started.