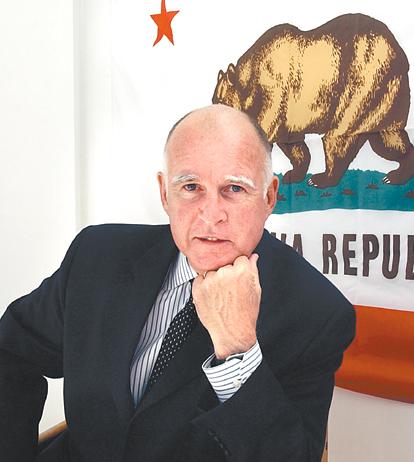 First, the bad news: Jerry Brown has vetoed a couple of important bills by Assemblymember Tom Ammiano, showing that he’s still a strange and unpredictable guy. He rejected a measure that would have provided some basic labor protections to domestic workers and another that would have opened up state prisons to a modicum of media access. His message on domestic workers was confusing (gee, maybe it would cost more to make sure people get meal breaks); on the media access, it was just bizarre:

“Giving criminals celebrity status through repeated appearances on television will glorify their crimes and hurt victims and their families,” Brown wrote in his veto message for Assembly Bill 1270.

What? The notion that the press might be able to interview prisoners about conditions behind bars in an agency that consumes more than $10 billion a year in state funds will “glorify crimes?” Sorry, but Jerry is out of his mind.

“Press access isn’t just to sell newspapers. It’s a way for the public to know that the prisons it pays for are well-run,” Ammiano said. “The CDCR’s unwillingness to be transparent is part of what has led to court orders on prison health care and overcrowding. We should know when the California prisons aren’t being well run before it goes to court. I invite the Governor to visit the SHU [special housing unit/solitary confinement] to see for himself why media access is so important.”

Same goes for the TRUST Act, which had the support of a lot of local police chiefs, the mayor of Los Angeles and Assembly Minority Leader Nancy Pelosi.

On the other hand, Brown did sign a bill by Sen. Mark Leno that could turn out to be the best budget news San Francisco’s had in years. SB 1492 would allow the Board of Supervisors and the voters to reinstate, just in this city, the vehicle license fee that former Governor Arnold Schwarzenegger cut, to such disastrous effect, when he first took office. If the supervisors put it on the ballot and the voters approve, a two percent hike in the car tax could raise $70 million a year for the city — more than triple the amount that the mayor has agreed to raise in his weak gross receipts tax proposal.

That law goes on the books Jan. 1 — and the supes should immediately take up the challenge and approve the VLF hike for the next even-year ballot, November 2014.

Then the Guv vetoed Leno bills protecting cell phone users from warrantless searches and alloing the state to recognize more than two people as parents of a child.

Sen. Leland Yee’s bill allowing juveniles who were sentenced to life without parole to get a second chance made it passed Brown’s desk.

So what do we make of the governor? About the usual — he’s random.