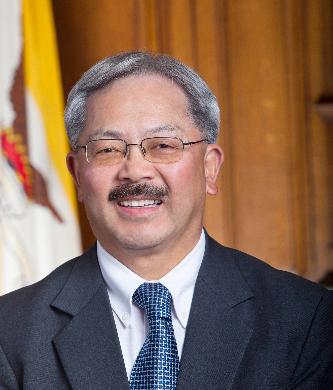 The Chron doesn’t think it’s important, but there’s some serious evidence in today’s Ex that the mayor wasn’t entirely forthcoming when he testified before the Ethics Commission. The declarations from Debra Walker and Aaron Peskin are attached at the end of the story; they’re worth reading.

Ms. Olague and I often got together for coffee or movies, and we talked often about land-use issues. I wrote a letter of support for Ms. Olague to Mayor Lee, asking him to appoint her as supervisor. At her request, I loaned her a painting to hang in her office when she took office.

All of that is consistent with what I’ve heard about their friendship, and it doesn’t sound like Walker was ever out to get Olague or to put her in a bad situation.

Then Walker  explains that during the week of March 6, she was talking to Olague and complained about the Mirkarimi case. “She said the mayor had asked her about the case when they were talking about other issues, and had asked her for her thoughts.”

The declaration goes on a bit, with plenty of backup to the idea that Olague and Lee had discussed how to deal with the sheriff. Which doesn’t surprise me — I have heard from other prominent people in the city that Lee reached out to them for advice on whether to suspend Mirkarimi.

But it’s a problem for two reasons. One is that Olague, sitting as a judge in this case, isn’t supposed to have talked to anyone else about it — certainly not the prosecuting authority, the mayor.

The other is that Lee denied under oath that he had talked to any of the supervisors about the case.

Debra Walker isn’t a fan of Ed Lee, but she would have had to go to considerable lengths to create this level of fiction. It rings honest to me, particularly when she notes that “on June 29, 2012, at 2:10 pm, I received a phone message from Supervisor Olague saying ‘Debra, the converstaion never happened.'”

Look: This is a sworn statement, made under penalty of perjury. So either Walker’s lying and guilty of perjury, or the mayor is. Which seems more likely?

Ditto for the Peskin declaration, which includes dates, times, places, and specific messages. Again: Did Peskin go out of his way to perjury himself — or did the mayor fail to tell the truth on the stand?

This is now part of the case, like it or not: The credibility of the mayor is one of the issues at hand — and more important, if Lee talked to Olague he probably talked to others. Who would then have to recuse themselves.