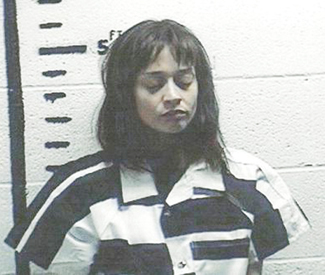 HERBWISE I’ll be honest with you, after last week’s Herbwise interview with Peace and Freedom Party presidential candidate/everything to everyone person Roseanne Barr, I feel like anything I write this week is going to be a sad, sorry after party. Kind of like me in my cubicle right now, nursing Folsom Street Fair-inflicted wounds. Even my last-minute plans to get picked up for blowing smoke in public — purely for the benefit of this column, of course — were foiled when I couldn’t figure out who the real pigs were at the Fair. Damn you, accurate latex replicas!

Thank goodness there is plenty of stupid celebrity cannabis news to tide us over.

Lady Gaga rifled through a pile of presents tossed onstage at her September 18 concert at Amsterdam’s Ziggo Dome, sniffed a bunch of tobacco cigarettes, finally found a cellophane-wrapped, bread stick-sized joint, and sparked it in front of the crowd.

She’s already on record about smoking weed to aide her songwriting creativity, which may explain the surfeit of 420-themed presents in the mountain of swag that had been flung at her by fans. She took a high-shine to a white belly shirt with two cannabis leaves printed over the breasts, and ditched her studded black mini-dress to change into the shirt, baring some awkwardly rolled-down fishnets.

A BRIEF BREAK FROM THE TABLOIDS

But perhaps Gaga was just trying to bring attention to a recent mega-breakthrough in the world of medical research. Scientists at our very own California Pacific Medical Center have found evidence in lab and animal tests that the cannabis chemical compound cannabidol can effectively impair ID-1, the gene that causes cancer to spread.

The pair of docs that made the discovery want to make it clear that the amount of cannabidol needed for these positive effects are so vast they can’t be effectively obtained by smoking, but nevertheless, the discovery does bode well for more weed research in oncology.

Fiona Apple faces up to 10 years in jail on a felony charge after her tour bus was pulled over in the famously-anti-drug town of Sierra Blanca, Texas and drug dogs reportedly found four grams of hashish in her possession. Sierra Blanca cops have also caught Snoop Dogg and Willie Nelson holding.

The “Criminal” singer had to spend the night in jail and postpone her Austin concert, saving her somewhat abstract tirade against the cops that locked her up until Houston. She said she has “encoded” some information about potentially illegal actions performed by her arresting officers, which she’ll hold to herself unless they want to get “fucking famous”

Classily, one of said officers has responded in a letter sent to TMZ. Gary “Rusty” Fleming, jowly information officer for the Hudspeth County sheriff’s office (and creator of a grisly, fear-mongering drug war documentary Silver or Lead, the website of which proudly lists kudos from Department of Homeland Security deportation officers) called Apple “honey,” before the insults began: “I’m already more famous than you, I don’t need your help. However, it would appear that you need mine.” He concluded that she should just “shut up and sing.”

Which brings to mind a man I saw at the fair this weekend dressed as a narcotic agent. At the time, I couldn’t imagine a less arousing thing to base sexual fantasies on, but now I totally get it: being a narc might just be the most perverted thing ever.