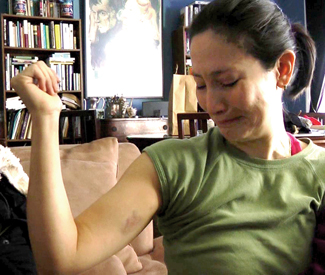 The Board of Supervisors received the official misconduct case against suspended Sheriff Ross Mirkarimi this week, with a majority of Ethics Commission members urging supervisors to give more weight to the 45-second video that started this sordid saga than the voluminous record they have compiled at great expense over five months of hearings.

Yet Chair Benedict Hur, the commission’s sole vote against finding that Mirkarimi committed official misconduct, last month argued that supervisors shouldn’t take such a narrow view of this decision, expressing concern about the “dangerous precedent” of removing an elected official for conduct unrelated to his job.

Ironically, Hur will be the one presenting the commission’s case to the board later this month, a decision his colleagues made because the other options weren’t good and because they said he has been so knowledgeable and fair-minded through the process. While Hur is likely to play it straight, the supervisors will have an opportunity to elicit his true perspective — raising questions that will be central to the sheriff’s future.

Will supervisors see their decision as a matter of showing zero tolerance for even minor acts of domestic violence, as Mayor Ed Lee and some women’s groups are urging? Or will they see this as governmental overkill in pursuing a punishment that doesn’t fit the crime, overturning an election and giving mayors too much power to go after their political rivals?

Is this just about Mirkarimi and his actions, or are there larger, more important principles involved in this unprecedented decision?

In the video, Mirkarimi’s wife, former Venezuelan soap opera star Eliana Lopez, displays a small bruise on her right bicep and tearfully tells the neighbor who filmed it, Ivory Madison, that Mirkarimi caused it the previous day, Dec. 31, and “this is the second time this is happening.” She also said that she wants to work on the marriage, but that, “I’m going to use this just in case he wants to take [her son] Theo away from me.”

Lopez last month spent more than three hours on the witness stand being grilled by Deputy City Attorney Peter Keith and Ethics commissioners, explaining why she made the video and how she believed Madison was an attorney and their conversations were confidential. She repeatedly insisted that she was not a victim of domestic violence and criticizing city officials and prosecutors for persecuting her family and taking away her husband’s livelihood.

There was nothing in the testimony that obviously impeached Lopez or hurt her credibility. To many observers -– particularly Mirkarimi supporters, who made up the vast majority of those giving public comments to the commission -– her testimony marked the moment when the city’s case began to unravel. Indeed, on Aug. 16 the commissioners voted unanimously to reject most of the charges that Lee filed, including witness dissuasion, abuse of authority, and impeding the police investigation.

In the end, there was just that video, and commissioners on Sept. 11 added a final statement into the record that they believed it more than anything Lopez has said since then. Even Hur said that he found it compelling, and that more may have happened on Dec. 31 than Lopez and Mirkarimi have admitted.

But there really isn’t much evidence to support that belief, and Hur said in August that it shouldn’t matter anyway. If the city’s vague and untested official misconduct language can apply to low-level misdemeanors unrelated to an official’s duties, he said, “we are opening this provision up to abuse down the road.”