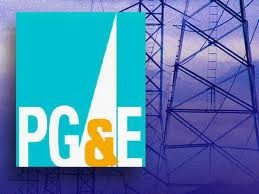 The union that represents PG&E workers — and has opposed every single public-power initiative in modern San Francisco history — just launched an attack on Clean Power SF. And the union’s business representative is having a hard time explaining exactly why he’s working with PG&E to try to undermine this modest step toward public power.

Hunter Stern, with IBEW Local 1245, sent a press release out Sept. 11 announcing the start of a campaign to convince the supervisors not to approve the Clean Power SF plan. The line of attack: Shell Energy, which got the contract to supply sustainable energy to customers in the city, in competition with PG&E. The pitch:

San Francisco city government is considering a proposal to partner with Shell Energy of North America to inaugurate SF’s so-called “clean power” program. If the Board of Supervisors approves the proposal, San Francisco would pay millions to Shell, one of the most notorious environmental violators in business today.

Shell’s a pretty bad company. So is PG&E. So is just about everyone in the energy business. Not justifying Shell’s behavior, just noting: If you want a contractor to deliver electricty to San Francisco, you aren’t going to get a cool independent small business. You aren’t even going to get Google. These folks are evil, all of them.

Oh, and by the way: Shell Energy also sells power to PG&E (pdf). Stern’s boss has a contract similar to what the city is going to get. So the PG&E power we all pay for today is in part Shell power. And as Sup. David Campos points out, it wasn’t as if the city chose Shell over some better competitors: There was no other company out there anywhere in the world that responded to the city’s bid process and offered to work with Clean Power SF.

The key point here is that Clean Power SF is going to use Shell as a bridge — the private outfit will deliver power generated at renewable facililities to the city’s power operation, which will resell it to customers … for a while. The goal is to use the revenue stream from the sales of power to back bonds that will allow the city to build its own renewable energy system. Five, maybe ten years down the road, San Francisco will have solar generators on city property (including large swaths of Public Utilities Commission property in the East Bay), wind generators, maybe at some point tidal generators, and will be able to sell cheap, clean, local power to customers. Shell will be gone.

Let’s face it: this is a step on the path to creating a city-owned and city-run power system — that is, a step to eliminating PG&E as a player in San Francisco’s energy future. Public power will be cheaper and cleaner — and it’s going to take a while to get there. Which is why we need to start now.

PG&E knows this, too, and is fighting to block Clean Power SF, which comes before the board’s Budget and Finance Committee Sept. 12. Now IBEW is allied, as usual, with the giant company.

The Stern press release talks about how Clean Power SF will be expensive:

The average home can expect to see a rate increase of 77% over their current PG&E electricity generation rates. That comes out to an increase of over $200 per year.  The higher cost of power would eat up more and more of the City budget, forcing service reductions and costing San Francisco vitally needed jobs. Our local economy would take a multi-million dollar hit.

Actually, not true: The only people who will pay for Clean Power SF are the ones who want it. The idea is that a significant number of San Franciscans will be willing to pay a little more — maybe $10 a month — to help save the planet. The ones who want to stick with PG&E wil have every opportunity to do so. The city budget isn’t taking a hit — municipal services already use the city’s Hetch Hetchy hydropower. This doesn’t cost the city money or jobs.

It will, of course, hurt PG&E.

I called Hunter Stern to talk about all of this, and we had a long conversation. He was polite and answered all of my questions. Sort of.

He insisted that IBEW isn’t against community choice aggregation, that he’s only worried about the city budget and the impacts on ratepayers. And Shell. So we started going around in circles, like this:

Me: So you don’t oppose Clean Power SF?

Stern: We are not opposed to community choice aggregation. Just to this contract with Shell.

Me: I’m told Shell is the only contractor willing to fulfill this role.

Me: So if you support CCA, what should the city do?

Stern: Find somebody else.

Me: The city has made it clear there IS nobody else.

Stern: We should put this on hold and wait around until there is.

Me: Why is IBEW unhappy with Shell?

Stern: This is contracting out.

Me: Is Shell Energy a nonunion company?

Stern: They don’t generate power, they just buy and sell, so they don’t really have any employees who could be in IBEW.

Me: So what if they city can use this revenue to build its own renewables, with union labor?

Stern: We aren’t opposed to the city building its own renewables.

Me: But the idea here is to use the revenue stream from Clean Power SF to raise money for local renewables.

Me: But the city has a huge budget problem now. There’s no money to build local generation unless you have a revenue stream to bond against.

Stern: There are creative ways to do it.

Me: So you support CCA. You support building local renewables.Clean Power SF is a CCA program to build local renewables. Shell is the only company that answered the city’s call for bids for this project. You don’t have any labor issues with Shell. I don’t understand where you’re coming from.

Stern: I don’t disagree with your checklist.

Me: So why are you against this project?

Stern: We don’t think this is good for the city or for the ratepayers.

Me: But the ratepayers don’t have to be a part of it if they don’t want to.

Stern: I think the way the city is approaching that is a good strategy.

I passed the press release along to Tyrone Jue at the SFPUC. He had a pretty clear response:

This attack is not surprising. IBEW is one of the largest unions at PG&E. They historically side with PG&E on all their issues. The fact is CleanPowerSF will not cost IBEW workers jobs. Ironically, the local renewable build out phase will be creating even more green union jobs. This happens while we weaning ourselves off dirty fossil fuel sources.San Franciscans want the choice to embrace a clean energy future. While PG&E shareholders stand to lose with CleanPowerSF, the consumer and environment stand to win.

Our ‘little creativity’ involves reinvesting revenue into aggressive energy efficiency and local renewable generation projects.  We’re simply not motivated to maximize profit at the expense of our customers or the environment.   Our common sense goal is to reinvest revenue into real projects that will reduce San Francisco’s carbon footprint, create local jobs, and build a sustainable energy future that is better for the environment and our customers.

Ugh. This is going to be a battle royal. I hope there are six votes on the board for Clean Power SF, which is imperfect but important. And then Mayor Lee will have to decide whether to side with his highly respected SFPUC general manager, Ed Harrington, who wants to make this happen, and PG&E, which doesn’t.