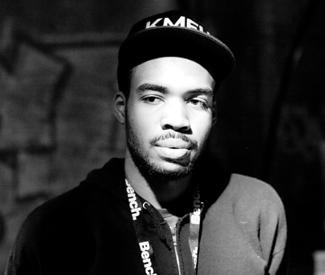 SUPER EGO I’m not one to gossip, but …. Story of the month, courtesy of weekly Friday drag extravaganza Some Thing at the Stud: a giant party limo parked outside the club. Blah blah Kirsten Dunst, blah blah Alexander Wang, blah blah a dozen hangers-on blah. (I was inside chilling with the true star of the evening, OG NYC clubkid Desi Monster.) Formidable doorperson Dean Disaster: “Seven dollars each, please.” Wang hanger-on, clutching pearls: “But we’ve never paid cover before!” Disaster: “Here, let me guide you through it. Give me seven dollars. And then I’ll let you in the club.” They paid. We’re all VIPs in this house, henty.

The Detroit-Chicago master was integral to the early techno scene (he co-owned the world’s first techno club, the Music Institute) and has produced a vast catalogue of beautiful, grown-up deep house grooves rooted in African drumming’s expansive rhythms and personal tech flourishes — see lovely 2010 album Light Years Away. He also happens to be one of my favorite people ever. (Sorry, journalistic bias!) Join him at fantastic weekly Housepitality for a trip to the stratosphere and some sophisticated magic alongside locals DJ Said of the Fatsouls label and Ivan Ruiz of the just-launched Moulton Music label.

For the past little while, you could actually almost hear the Detroit techno torch being passed to young’uns Kyle Hall and Jay Daniel. It sounded like a butterfly exploding in a Model T factory. Kaychunk! But it actually sounded like an ingenious melding of deep bass sounds and post-glitch effects applied to classic cosmic techno ambiance. Seeing the duo tagteam classic vinyl at this year’s Movement festival cemented my love for them. This As You Like It party may do yours the same.

Adore the laser-cut future bass gems that Rustie the Scot has hewn from his sparkling imagination. He’ll be warping 1015 with another great, Kode9, along with sublime electro-stoner Elliot Lipp and locals DJ Dials, Slayers Club, tons more.

BRING YOUR OWN QUEER

She’s 45 alive! SF’s favorite queer-activist drag queen won’t exactly be roasted at this fundraising event for the Harvey Milk Club, but she will be toasted — something like 45 other queens will take the stage at this killer rock ‘n roll dance party (DJs Dirty Knees and Jon Ginoli) and tribute to her royal lowness.