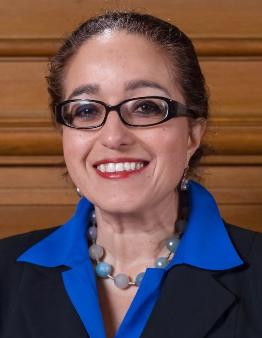 Everybody knows that the timing of the Board of Supervisors vote on ousting the sheriff for official misconduct is bad for Ross Mirkarimi. We’re talking about a huge, high-profile decision just weeks before some of the key board members are up for re-election, two of them in hotly contested races. For Sups. Eric Mar and Christina Olague, it’s going to particularly difficult: Mar’s in a moderate district, and he’ll be attacked from the more conservative David Lee if he supports Mirkarimi. Olague’s in a progressive district where Mirkarimi was a popular supervisor, so no matter what she does, she’ll take heat.

But I was a little surprised by Randy Shaw’s analysis, which suggests that Olague will be motivated entirely by political spite:

D5 Supervisor Christina Olague once faced a tough decision on Ross, but since Mirkarimi allies have attacked her on a number of issues it would be very unlikely for her to support him.

That’s pretty insulting. Shaw, who has supported her in the past, is saying that Olague won’t make up her own mind based on the actual issue and case in front of her. She was pretty clear when I called her: “I will vote on the merits of this issue,” she said. “If I was motivated to vote based on who had pissed me off I’d have a hard time voting on anything.”

I’ve disagreed with Olague quite a few times, and one could easily argue that she’ll be under immense pressure from the mayor. (“The mayor doesn’t want a lot from Christina, but he does want this,” one insider told me.) But is it impossible for Shaw to imagine that, in one of the toughest matters she will ever have to handle, the supervisor might actually listen to the testimony, consider the merits of the case, and vote to do what she thinks is right?

Meanwhile, Joe Eskenazi at the Weekly has already announced the Guardian’s endorsement in D5 — which is interesting, since we’re barely started interviewing the candidates. Eskenazi calls Julian Davis “the Guardian’s fair-haired boy” (which, speaking of insults, is not a terribly appropriate way to refer to an African American man), indicating that he’s already our candidate.

For the record: We have not made an endorsement in District Five. We plan to endorse a slate of three candidates for the ranked-choice ballot, and we’ll publish that endorsement the last week in September or the first week in October.