Home Political corruption is "trumped up?" 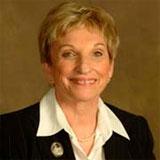 The truly shocking aspect of the latest fallout from the City College scandal is the response of incumbent Trustee Natalie Berg, who is up for re-election.

Bad enough that Berg allowed Stephen Herman, who was directly involved in the scandal and pled guilty to two felonies, to hold a fundraiser for her. But his offenses were reduced to misdemeanors, he’s paid his fine — and Berg has every right to say that he’s learned his lesson and deserves a chance to continue in the political world.

That’s not what she’s saying, though:

Berg, first elected to the college’s board in 1996, saw nothing wrong with having Herman host the fundraiser, calling him, “completely honest and honorable.” Of the criminal charges, she said: “The whole thing was trumped up. Nobody benefited from that, and it ruined people’s careers.”

Nobody has thus far disputed the basic evidence: Former Chancellor Phil Day and Herman diverted tens of thousands of dollars in public money into political campaigns. They never denied doing it. The documents showing what happened were completely clear. And just about everyone with any sense of law or ethics agrees it was a serious problem.

Nobody benefited? How about the taxpayers and the students, who have the right to honest oversight of their money?

Wow. I knew Berg was a bad trustee, but this is over the top.