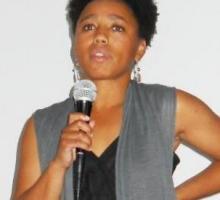 The national domestic workers’ movement is on the cusp of making history in California. Any day now, the state’s Domestic Bill of Rights (AB 899) – only the second such piece of legislation in the country – could be passed on the Senate floor, finally bringing respect and recognition to 200,000 workers who have been systematically excluded from labor laws for 74 years.

In what could be the final hours of this hard-fought, multi-year campaign, grassroots domestic worker leaders are counting on a rising tide of public support to finally bring victory. Earlier in the month, the New York Times endorsed the bill (sponsored by our own Assemblyman Tom Ammiano), and last week’s video of support from “Rec & Park” actress Amy Poehler has led to a new surge in national support. You can learn about the group’s work and weigh in here, today.

I’ve been inspired by the National Domestic Workers Alliance since its founding in 2007, and have been carefully watching its cutting-edge approach to women’s leadership, grassroots organizing, worker rights, and movement-building. But it was not until last week, when I talked at length with one of the movement’s grassroots leaders, that the politics of this struggle became personal.

On Aug. 21, I spoke to Emiliana Acopio, a caregiver with a gentle but strong voice, fiercely proud of the love and care she provides to elderly people and a determined leader of the CA Domestic Worker Bill of Rights campaign. She was on her way to Sacramento with hundreds of domestic workers and their supporters, for possibly the 12th time (she’s lost count), to educate legislators about domestic workers’ need for basic rights like a minimum wage, overtime, and the right to at least one day of rest each week. And in the process, she educated me.

I don’t think of myself as someone who depends on a domestic worker. But Acopio helped me to recognize that my 94 year-old grandfather’s mind, body, and spirit are all in such amazing shape in no small measure because of the devoted daily care of a remarkable woman named Sandra. I love my Grandpa Lee like a second father, but the home he treasures is in Delaware and my home is here, 3,000 away. He is famously sharp for 94, still able to tell hilarious and detailed coming-of-age stories from more than 70 years ago. He still sings in the church choir every Sunday. But the reality is that every day, he needs help.

Sandra arrives every morning at the same time. Grandpa is already sitting in his favorite chair, awaiting her arrival. She asks about Grandpa’s night, how he’s feeling today. She makes his coffee, with just the right amount of the same sugar and creamer he’s been using for decades.  She puts ice in his cereal, just the way he likes it. At the kitchen counter, she carefully counts out his many medications and pounds them into a little paste. She pauses in front of all those bottles, making note of which refills are needed. She mixes her perfect little paste with applesauce and gently sets the bowl and spoon in front of him. His day begins.

Sandra is not a biological relative, but the care and compassion she shows to my Grandpa Lee far exceeds what some of my own kin are capable of. She tell us that she does it as a labor of love — but the reality is that she is a caregiver worker, and like Acopio and 2.5 million other domestic workers in the nation, she does not have the labor protections that most US workers take for granted. Her wages and working conditions are completely dependent on my family’s sense of fairness. Should we fail or forget to pay her wages, she has little recourse. Should we lose our minds and begin demanding much more work for no more pay, what could she do? She is not a wealthy woman, and her family needs the income just as much as my Grandfather needs her support.

Acopio knows about the fundamental vulnerability of domestic workers – working behind closed doors, under-valued and exploited in the privacy of other people’s homes:

They hired me to take care of their elderly parents but then expected me to cook, clean, and care for the entire family. And they were very disrespectful to me. I did all I could to make sure their needs were met, and it was important to me that their aging family members felt loved and respected. But it hurt me, especially as a Filipina taking care of a Filipino family, that I was not given that same basic respect. That’s what this is all about. Our work makes all other work possible; we need the Domestic Workers Bill of Rights because we deserve respect, recognition, and dignity.

Acopio shared with me the challenges of organizing domestic workers, the need to share personal stories and organizing victories to break through the immobilizing fear so many women – mostly immigrant women of color – face.  We were talking on the phone with the help of a translator, and it wasn’t until the interview was over that her translator explained to me that Acopio – grassroots leader, fighter for worker rights, and a longtime caregiver for the elderly – was elderly herself. At 79, she continues to work to help provide for her family back home in the Philippines.

It’s been 74 years since federal labor law finally gave most US workers rights like the eight-hour day, overtime, and breaks. But farmworkers and domestic workers were intentionally excluded from that law. The legacy of white supremacy and slavery meant that at the time, fully 65 percent of all Black workers labored in one of those two occupations, and there was a white elite interested in keeping it that way. Black domestic workers and civil rights leaders lobbied against this clearly racist exclusion, but that legacy of racism remains with us to this day.

While the historic role of Black women as domestic workers – as exploited workers, courageous organizers, and even as the critical foot soldiers of the victorious Mongtomery Bus Boycott — is unfortunately ignored or misrepresented in the media, history books, and even sometimes in multi-racial settings, it is never, ever too late to fight the legacy of racism in the United States. The modern-day domestic worker’s movement is largely led by Asian and Latina immigrant women, and their fierce, creative, multi-generational and holistic approach to building this movement has lessons for everyone who cares about justice.

Time Magazine named NDWA director Ai-Jen Poo as one of the world’s most influential people back in April of this year. It was incredible, and provided an entirely new level of national attention to campaigns like the CA Domestic Worker Bill of Rights. But media attention is not the victory that 2.5 million workers want – it’s protection under the law.

What my grandfather’s caregiver receives in wages could not ever properly compensate her for her labor of love. All domestic workers – caregivers, childcare providers and housekeepers– do their work with care and compassion. They also have the right to basic respect, recognition and rights in the workplace. The thousands of stories of wage theft, failure to provide time for rest for live-in workers, and never-ending vulnerability to other acts of exploitation are simply unacceptable.

Stand with me, thousands of organized domestic workers, hundreds of domestic worker employers, the AFL-CIO, the state NAACP and more than 14,000 petition-signers; support the CA Domestic Worker Bill of Rights today. Call your Senator or Governor Jerry Brown today at (916), 445-2841. Go here for more information and help make history.