Home How to be a sex-positive parent, from a woman who knows 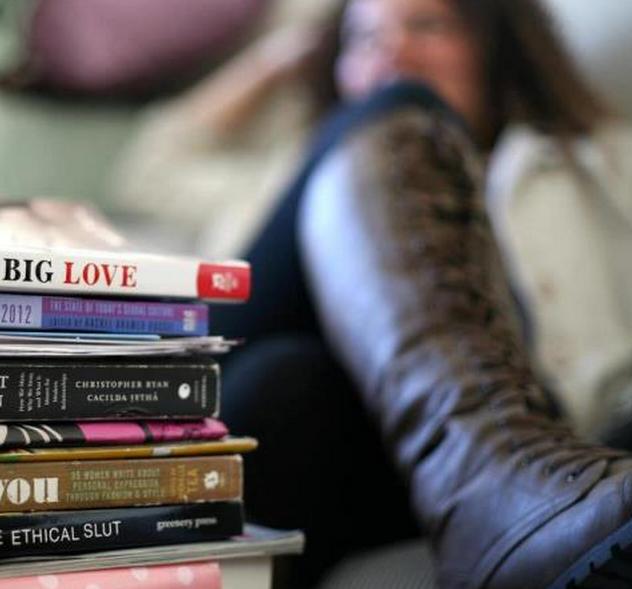 “It’s almost a cliché to say that families come in all shapes and sizes, but they really do”

Airial Clark, or as she’s known on her blog, the Sex-Positive Parent, could have explained to a prepubescent me that the expression was merely a metaphor about having a talk about sex with kids. More importantly, I’m hoping Clark will teach me how to explain to my future child how it is that one of their daddies used to be a little girl.

Clark has a master’s degree in human sexuality from San Francisco State University, and is the proud parent of two beautiful children. She hosts a Youtube channel on which she provides sex-positive schooling. If you’re in town this weekend, you should check out her series of four workshops on sex-positive parenting at the Center for Sex and Culture. I caught up with her via email for a sneak peek at what she’ll be sharing.

SFBG: What  have you told your children about sex and your own sexuality?

Arial Clark: When talking about sexuality with kids, the focus has to be on them. Where are they at in their development? What do they need to know? What are they comfortable hearing? What have they been observing? It shouldn’t be about me as the adult.

SFBG: In interviews you often discuss the wide range of familial matrixes, or ways that families are configured. How do we go about cultivating acceptance among kids about the diversity of the family matrix?

AC: This is a great question- especially in the Bay Area where respecting cultural diversity is a goal we are all striving for. It’s almost a cliché to say that families come in all shapes and sizes, but they really do. Families also change shape over time. The first step in cultivating acceptance and respect is to let kids know that not all families look like their own and that is just how the world works. This message works for kids in more traditional family structures as well as for kids in under-represented family structures too.

SFBG: You also talk a lot about diversity among parents — gay parents, kinky parents, poly parents. What kind of parent would you describe yourself to be?

AC: Like all parents, I have to maintain healthy boundaries with my kids and focus on what they need for their healthy development. I also have to respect their privacy. The important thing for parents to remember is that labels are secondary to your role in their life. Your child sees you a parent first and everything else second. When I refer to a certain type of parent, that is more about self-identification for seeking support. All parents need role models. Finding other parents who share your same concerns is vital so we have this system of identification around sexuality in order to combat stigma and prejudice of all kinds.

SFBG: How can parents begin to identify some of the sex-negative and hetero-normative scripts they may be passing along to their children?

AC: This is the first suggestion I make to parents who want to create a more sex-positive dialogue in their family: what are your beliefs about sexuality and gender? It takes some self-reflection and bravery to differentiate yourself from how you may have been raised. How do you talk about relationships in front of your kids? What language do you use about feeling desirable, or feeling protected, or feeling uncomfortable? Most parents choose silence as opposed to directly voicing their dissent with more traditional cultural norms, so kids depend on subtext. My suggestion is to start bringing it out into the open.

SFBG: What are some practical tools parents can start using to cultivate healthy conversations around sexual diversity with their children?

AC: I always recommend asking questions first. Ask your kids what they think about characters on a TV show, or their friend’s parents. Begin by asking and then listen. Let them know that what they think matters. Ask them why they think people dress in a certain or way, or what they think the lyrics to a song means. Using media to distance the conversation can make both parent and child more comfortable.

Also, sharing stories from when you were their age is a great way to know what to say and to relate to where they are now. Share anxieties you had, or weird situations you were in. You don’t have to tell them everything, you’re the adult so you’re in control of the narrative, but start with something true and go from there. As they get older the depth of the topic will increase. Remember these are life long conversations; it’s a gradual process in parallel to their maturation.

SFBG: Is there an ideal time for parents to start having conversations about sex with their kids?

AC: Before they become sexually active! Parents need to set the foundation way in advance. That is why age-appropriateness is so important. At every stage of development, there are conversations relating to sexuality to be had.

SFBG: How does one create a sex-positive environment in such a sex saturated culture (with television, social-media, books, and conversations you may have with other adults)?

AC: I remember being so overwhelmed by how much sexualized imagery and content was being directed at my kids when they were pre-school-aged. Everything around them had to do with gender and reenacting sexualized behavior. I felt inundated. All you have to do is take a step back to see how much sexuality is used in marketing to kids and in children’s programming. Placing that constant stream of sexualized information into a container, detaching it from the child, is something parents can do to cultivate sex-positivity. We can talk to our kids about what is being directed at them by problematizing the messages about sexuality.

SFBG: You are hosting a sex-positive workshop this weekend. What can attendees expect?

AC: Saturday’s classes are tailored to parents with alternative sexualities- parents who often don’t see themselves in parenting books or online forums. In the morning we’re going to talk about stigma and finding support as both parents and members of sexual minority groups. In the afternoon we’ll work on coming-out strategies specific to non-traditional families. I’m going to teach parents how to both educate and advocate from a sex-positive perspective.

Sunday’s workshops are designed for a broad audience. The morning workshop is about what to say and when to say it. The afternoon class is about how to communicate your sex education values with other adults in your child’s life. Maybe you and Grandma need to talk about how you plan to teach your kids about sexuality because it is going to look a lot different then how she taught you. Having those conversations are tough as well.

SFBG: What is your favorite thing about being a parent?

AC: Watching my children grow into the people they are is pretty amazing. I am so proud of them, and I am consistently impressed with the things they come up with. Being a parent is the ultimate form of geekery for me.

Center of Sex and Culture