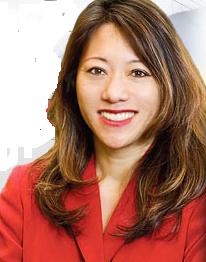 State Assembly Member Fiona Ma, who wants to keep 15-year-olds in prison for life, has been trying for a while now to help the big garbage outfits, Recology and Waste Management Inc., avoid running into local laws that could block their use of landfills. So far, she hasn’t been able to get it through the normal commitee process.

But she’s not giving up: As the session winds down, she’s done the ol’ gut and amend and created AB 845, which looks pretty much like the bill she hasn’t been able to get through committee. And she got this reborn Dracula of a bill it through the state Senate, which means she just needs concurrence at the Assembly, and away she goes.

Ma says that garbage is a statewide concern — true, as far as it goes — but she’s also helping Recology avoid problems in Solano County, where local residents want a cap on the amount of outside garbage trucked in from other places (like San Francisco) and buried in Solano landfills.

By the way, she’s also been helping Recology fight those pesky recycling poachers who make a few extra bucks by getting the bottles and cans out of the bins before Recology can.

Oh, and she isn’t returning my calls and emails.