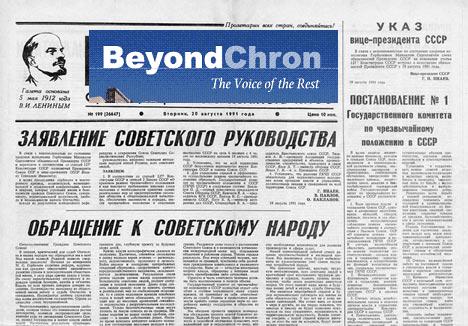 UPDATED AND CORRECTED BELOW It wasn’t surprising to read Randy Shaw’s misleading praise of Mayor Ed Lee for appointing Rodrigo Santos to the City College board. Much of Shaw’s salary comes from the city contracts that his Tenderloin Housing Clinic administers, so he has turned his Beyond Chron mouthpiece into the equivalent of Pravda in touting the party line of Lee and his supervisorial apparatchiks.

For that blind loyalty, Shaw has been handsomely rewarded. On July 31, the Board of Supervisors even approved a Lee-proposed balloon payout of $91 million to THC for its contract administering the Mayfair Hotel that was retroactive all the way back to 2009. Can anyone imagine another nonprofit that could dig so deeply into city coffers, for work that has supposedly already been done, who wasn’t giving a little something back to these ambitious politicians who sponsored it?

But apparently Shaw – who used to have some progressive credibility before so blatantly selling the movement out a couple years ago – doesn’t need to even get the facts right in his propaganda posts. When I asked him at yesterday’s Lee/Santos press conference whether and why he supported Santos – a villain in most progressive circles – he argued Santos was needed to help win support for Prop. A, the parcel tax for City College.

Shaw said the measure needed a two-thirds vote to be approved, a claim he also made in today’s piece. That didn’t sound right to me, and the Elections Department confirms that it isn’t: Prop. A needs only a simple majority to pass. [[8/23 UPDATE AND CORRECTION: Ernestine at the Department of Elections told me yesterday Prop. A needed only a simple majority, but she called back today to say she was mistaken and that it does indeed require a two-thirds vote.]] Shaw also claimed a couple weeks ago that the Board of Supervisors would delay the Mirkarimi decision until after the election, which also wasn’t true: the Charter requires the board to act within 30 days of receiving the Ethics Commission recommendations.

I sent Shaw a message asking about whether his erroneous beliefs affected his analysis, and to explain the basis for THC’s $91 million kickback, and he hasn’t responded to the questions, as usual. But when you’re a poverty pimp feeding off of political patronage, you’re probably golden as long as you get the politician praise right. Cha-ching!