Home Benefit screening of 'The Master' (in 70mm!) tomorrow at the Castro! 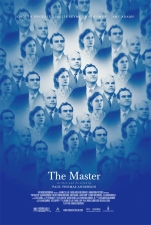 This is not a drill, film fans: Paul Thomas Anderson’s highly anticipated new film, The Master, will be screening at the Castro tomorrow night. In 70mm. Not gonna lie: as soon as word of similar “surprise” screenings in other cities (Chicago, Los Angeles), I was crossing my fingers and toes that we’d get one here. Especially since not everyone can make it to the various film festivals where it’s been programmed (Venice, Toronto) … and The Master‘s theatrical release isn’t until Sept. 21 in the Bay Area.

Get thee to TicketWeb now and spend $10 (plus the expected fees and whatnot) to benefit the Film Foundation. The Castro is a huge theater, but film nerds are gonna be all over this one. Like me, for instance. There will be popcorn!