Home Late-summer new movies: whole lotta eh (but T minus one month 'till... 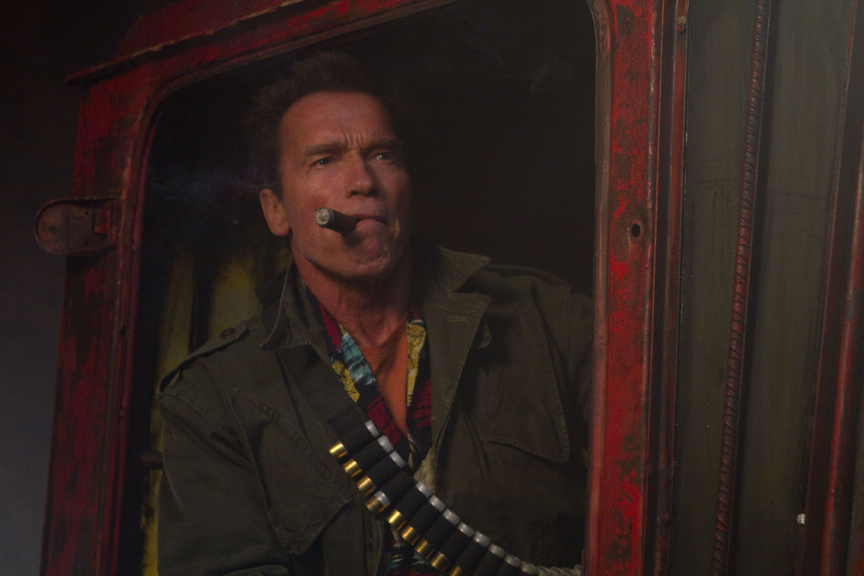 Hollywood urges you to spend your dollah dollah bills on creaky action heroes (The Expendables 2); mystical, twee garden-children (The Odd Life of Timothy Green); stop-motion kids who see dead people (ParaNorman); and girl-group melodrama (Sparkle; review and trailer below). A few more options, too, after the jump.

The Awakening In 1921 England Florence Cathcart (Rebecca Hall) is a best-selling author who specializes in exposing the legions of phony spiritualists exploiting a nation still grieving for its World War I dead. She’s rather rudely summoned to a country boys’ boarding school by gruff instructor Robert (Dominic West), who would be delighted if she could disprove the presence of a ghost there — preferably before it frightens more of his young charges to death. Borrowing tropes from the playbooks of recent Spanish and Japanese horror flicks, Nick Murphy’s period thriller is handsome and atmospheric, but disappointing in a familiar way — the buildup is effective enough, but it all unravels in pat logic and rote “Boo!” scares when the anticlimactic payoff finally arrives. The one interesting fillip is Florence’s elaborate, antiquated, meticulously detailed arsenal of equipment and ruses designed to measure (or debunk) possibly supernatural phenomena. (1:47) (Dennis Harvey)

Beloved There is a touch of Busby Berkeley to the first five or so minutes of Christophe Honoré’s Beloved — a fetishy, mid-’60s-set montage in which a series of enviably dressed Parisian women stride purposefully in and out of a shoe shop, trying on an endless array of covetable pumps. As for the rest, it’s a less delightful tale of two women, a mother and a daughter, and the unfathomable yet oft-repeated choices they make in their affairs of the heart. It helps very little that the mother is played by Ludivine Sagnier and then Catherine Deneuve — whose handsome Czech lover (Rasha Bukvic) is somewhat unkindly but perhaps deservedly transformed by the years into Milos Forman — or that the daughter, as an adult, is played by Deneuve’s real-life daughter, Chiara Mastroianni. And it helps even less that the film is a musical, wherein one character or another occasionally takes the opportunity, during a moment of inexplicable emotional duress, to burst into song and let poorly written pop lyrics muddy the waters even further. The men are sexist cads, or children, or both, and if they’re none of those, they’re gay. The women find these attributes to be charming and irresistible. None of it feels like a romance for the ages, but nonetheless the movie arcs through four interminable decades. When tragedy strikes, it’s almost a relief, until we realize that life goes on and so will the film. (2:15) (Lynn Rapoport)

Sparkle What started as a vehicle for American Idol‘s Jordin Sparks will now forever be known as Whitney Houston’s Last Movie, with the fallen superstar playing a mother of three embittered by her experiences in the music biz. Her voice is hoarse, her face is puffy, and her big singing moment (“His Eye Is on the Sparrow” in a church scene) is poorly lip-synced — but dammit, she’s Whitney Houston, and she has more soul than everything else in Sparkle combined and squared. The tale of an aspiring girl group in late-60s Detroit, Sparkle’s other notable points include flawless period outfits, hair, and make-up (especially the eyeliner), but the rest of the film is a pretty blah mix of melodrama and clichés: the sexpot older sister (Carmen Ejogo) marries the abusive guy and immediately starts snorting coke; the squeaky-clean youngest (Sparks, sweet but boring) is one of those only-in-the-movie songwriters who crafts intricate pop masterpieces from her diary scribblings. As far as Idol success stories go, Dreamgirls (2006) this ain’t; Houston fans would do better to revisit The Bodyguard (1992) and remember the diva in her prime. (1:56) (Cheryl Eddy)

2 Days in New York Messy, attention-hungry, random, sweet, pathetic, and even adorable — such is the latest dispatch from Julie Delpy, here with her follow-up to 2007’s 2 Days in Paris. It’s also further proof that the rom-com as a genre can yet be saved by women who start with the autobiographical and spin off from there. Now separated from 2 Days in Paris’s Jake and raising their son, artist Marion is happily cohabiting with boyfriend Mingus (Chris Rock), a radio host and sometime colleague at the Village Voice, and his daughter, while juggling her big, bouncing bundle of neuroses. Exacerbating her issues: a visit by her father Jeannot (Delpy’s real father Albert Delpy), who eschews baths and tries to smuggle an unseemly selection of sausages and cheeses into the country; her provocative sister Rose (Alexia Landeau), who’s given to nipple slips in yoga class and Marion and Mingus’ apartment; and Rose’s boyfriend Manu (Alexandre Nahon), who’s trouble all around. The gang’s in NYC for Marion’s one-woman show, in which she hopes to auction off her soul to the highest, and hopefully most benevolent, bidder. Rock, of course, brings the wisecracks to this charming, shambolic urban chamber comedy, as well as, surprisingly, a dose of gravitas, as Marion’s aggrieved squeeze — he’s uncertain whether these home invaders are intentionally racist, cultural clueless, or simply bonkers but he’s far too polite to blurt out those familiar Rock truths. The key, however, is Delpy — part Woody Allen, if the Woodman were a maturing, ever-metamorphosing French beauty — and part unique creature of her own making, given to questioning her identity, ideas of life and death, and the existence of the soul. 2 Days in New York is just a sliver of life, but buoyed by Delpy’s thoughtful, lightly madcap spirit. You’re drawn in, wanting to see what happens next after the days are done. (1:31) (Kimberly Chun)