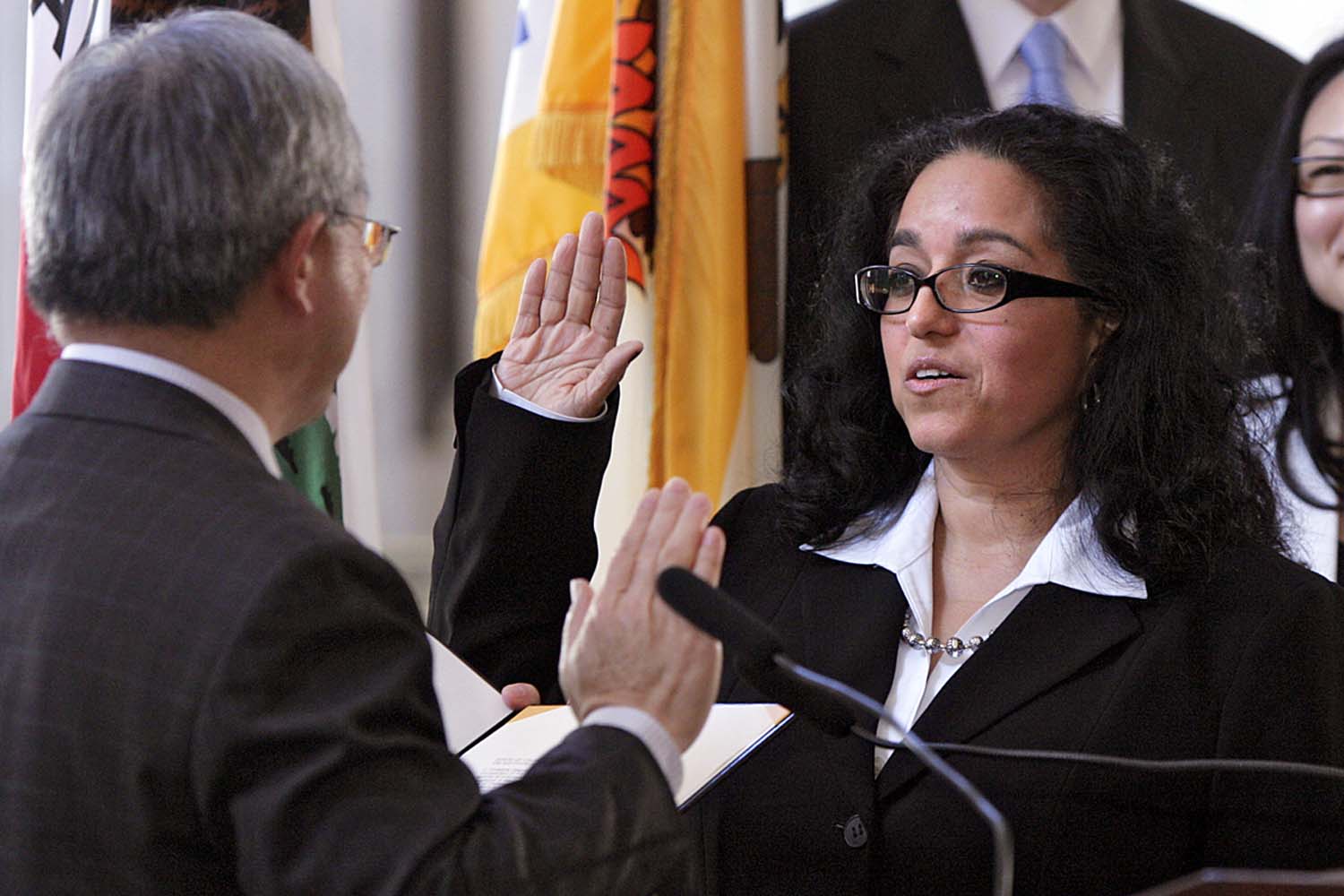 Tonight’s inaugural District 5 supervisorial debate will be a key test for Sup. Christina Olague – who has fallen from favor with many progressives after a series of bad votes and prickly or evasive interactions with one-time allies – and a test for the rival candidates who are seeking to become the main progressive champion in one of the city’s most leftist districts.

The elected incumbents on the Board of Supervisors have ended up with surprisingly easy paths to reelection [8/9 UPDATE: with the exception of Eric Mar in D1], leaving D5 – as well as conservative District 7, where FX Crowley, Norman Yee, and Michael Garcia are part of a competitive field seeking to replace termed out Sup. Sean Elsbernd – as the race to watch this year.

Olague has been trying to execute a tough balancing act between the progressive community that she’s long identified with and the moderates she began courting last year with her early support for Mayor Ed Lee, who returned the favor and appointed her to serve the final year of Ross Mirkarimi’s D5 term. But by most accounts, she hasn’t executed the feat well, usually siding with Lee on key votes, but doing so in a waffling way that has frustrated both sides.

Progressive candidates such as Julian Davis and John Rizzo will have plenty of fodder with which to attack Olague as a turncoat, including her votes on the 8 Washington project and Michael Antonini, her strange antics on repealing ranked-choice voting, and her close ties to power brokers such as Rose Pak, who hosted a fundraiser that provided more than half of the $81,333 Olague has raised this year, much of it from developers and other interests outside of D5.

Matt Gonzalez – the former D5 supervisor, board president (from where he appointed Olague to the Planning Commission), and mayoral candidate – was so frustrated with Olague that he withdrew his endorsement of her last month, a decision that her other progressive endorsers are also said to be mulling.

With Mirkarimi tarnished by his ongoing official misconduct probe, the endorsement of Gonzalez could be the most significant in this race, and he told us that he plans to make a decision by Friday, the deadline for submission of ballot statements and a point at which we may hear about other changed or dual endorsements from prominent progressives. Other key nods in the race so far have been Aaron Peskin endorsing Davis and Tom Ammiano endorsing Rizzo, two candidates each vying to become the favorite of the left, with Thea Selby, Hope Johnson, and Andrew Resignato also courting support from the left.

Yet so far, the strongest challenge of Olague seems to be coming from her right, with moderate London Breed leading the fundraising battle with $85,461 as of late June 30, including the maximum $500 donation from venture capitalist Ron Conway – the main fundraiser behind Lee’s election last year – which may be a sign that Olague’s support among moderates is also soft.

Olague may be trying to get back in good with the progressives, last week introducing pro-tenant legislation sought by the San Francisco Tenants Union. But impressions have formed and the pressure is now on, and so far Olague – who didn’t answer our calls seeking comment, another troubling trend – hasn’t performed well in public appearances, mangling organizations’ names and generally not winning over her audiences.

Will Olague step up now that the campaign in entering its public phase? Will another candidate catch fire with progressives? Find out tonight from 6-7:30pm at the Park Branch Library, 1833 Page Street. It’s sponsored by the District 5 Democratic Club, the D5 Neighborhood Action Committee and the Wigg Party.

Or if you miss it, catch the next one on Tuesday, sponsored by the Harvey Milk Democratic Club, starting at 7pm in the Eric Quezada Center, 518 Valencia Street.