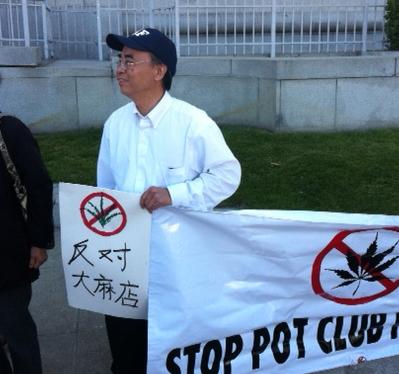 Sup. John Avalos appears to be cruising to an uncontested reelection now that Leon Chow, an organizer and executive with SEIU-UHW, has been chased out of the District 11 supervisorial race by journalist Chris Roberts, the SF Appeal, and their reporting on what appears to be Chow’s false claims that he lived in the district.

Chow had been banking on support from his union and the district’s substantial Chinese immigrant population, which he had been helping rally against new medical cannabis dispensaries that the city had approved for the Outer Mission/Excelsior area, presenting Avalos with a challenge that needed to be taken seriously.

But Roberts dropped a journalistic bomb on Chow’s ambitions a couple weeks ago when he unearthed documents indicating that Chow actually lived in Walnut Creek and that he was registered to vote at Chinatown business address – both in violation of election law – doing the solid reporting that journalists failed to do when Ed Jew was elected to the District 4 seat without living there. It wasn’t until Jew was caught in an FBI bribery sting that journalists dug into the background of a politician who had flown into office largely under the press’s radar.

As the Appeal reported this afternoon, Chow sent this email to the Elections Department: “Since I have not filed for Candidacy, I am notifying your department simply with this email, please let me know if there is any other process I will need to do. Please kindly remove my names [sic] from the Potential Local Candidate List in the department web site.”

Although it made no mention of Roberts’ story – which hadn’t gotten much journalistic traction yet, although that was bound to happen as the campaign wore on – the connection seems obvious. So, congratulations to Roberts … and to Avalos.