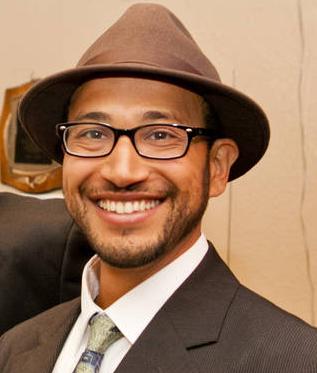 When progressive activist Julian Davis formally launched his District 5 supervisorial campaign late last week with a well-attended kickoff party at the Peacock Lounge in Lower Haight, timing and circumstances seemed to be on his side.

Days earlier, Quintin Mecke – a rival for the progressive vote in this staunchly leftist district – announced to supporters that he needed to care for his ailing mother and wouldn’t be running after all. At the same time, appointed incumbent Christina Olague seemed to be rapidly falling from favor with many progressives.

First came the viral video of Olague gushing over all the support she’s received from Chinatown power broker Rose Pak during a fundraiser where she raised nearly $50,000, then her squirrely role in helping the moderates repeal ranked-choice voting, and finally the bizarre episode of clashing with a close progressive ally and friend to defend Mayor Ed Lee from perjury allegations.

Davis has sought to capitalize on the rapidly unfolding developments, today sending out a press release blasting Olague for having “joined the conservatives on the Board of Supervisors to repeal ranked choice voting for mayoral elections,” and telling the Guardian that Mecke’s exit will help clarify the choice D5 voters face.

“The fact that he’s out allows us to consolidate the progressive base,” Davis said, not mentioning that candidates John Rizzo and Thea Shelby will also be vying for the progressive vote.

At his kickoff party, Davis also demonstrated that he has substantial support from another significant D5 voting block – African Americans – for which he’ll be competing with political moderate London Breed, director of the African American Arts & Cultural Complex.

Davis said that with Olague’s support by Mayor Ed Lee and the city’s economic and political establishment, he’ll need to run a strong grassroots campaign based on “people power and shoe leather,” an approach that he’s also displaying with regular street corner campaigning.

“We’re at an economic, social, and political crossroads in San Francisco,” he said at his launch party. “Rogue developers are corrupting City Hall with a vision of luxury condos, corporate tax breaks, chain stores, and parking garages. It’s a vision of San Francisco that doesn’t include us. Everyday, progressive reforms are being dismantled and progressive values are being abandoned.”

Davis is hoping that Olague’s ties to Lee will drag her down in a district that voted almost 2-1 in favor of progressive John Avalos (whose campaign Davis actively worked on) over Lee in last year’s mayor’s race.

“Look what’s happening on the waterfront where Olague voted to approve the 8 Washington development. These are condos for the Kardashians, vacation homes for the ultra rich and the 1 percent. That’s not keeping it real for San Francisco,” he said at the kickoff. “So we’ve got to ask ourselves: how do they get away with it? The only way they can. By choosing your leaders for you. Over the past two years in San Francisco, we’ve had an appointed mayor, an appointed district attorney, an appointed sheriff, and an appointed District 5 supervisor. Does that sound like participatory democracy to you? Does that sound like your vote counts?”

And as Avalos also tried to do in his mayoral campaign, Davis says he wants to use his campaign to help restart the city’s progressive movement, which has been in tatters since being divided and nearly conquered by the politicians and political operatives who helped elevate Lee into Room 200 18 months ago.

As he told supporters, “We can re-launch the progressive movement in San Francisco from this district. We can take back City Hall. We will win this election with people power, street by street, block by block, neighbor to neighbor, shop by shop.”