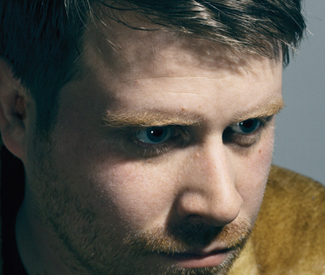 MUSIC Apocalypse doesn’t exactly identify what Brooklyn-born producer and rapper El-P conjures in his music. Sure, furtive sirens blare out almost immediately in his new record Cancer 4 Cure (Fat Possum). Synthetic melodies disfigure themselves while break beats rumble with the intensity of the Bomb Squad, all drowned out through a wash of distorted noise. The lyrics are just as unsettling too: an overpowering technological violence brought to bear on soft human bodies, whose voices are fractured, rendered nearly schizophrenic.

El-P’s satire has here become more cutting, discordant — refining the unrest signature to his former group Company Flow, a host of solo and production credits, and his recently disbanded indie label Definitive Jux. But apocalyptic? Just another blockbuster word that conceals far more than it reveals.

“I’m not writing about an insane apocalyptic world,” says El-P, whose official documents give him the name Jaime Meline. “This is reality. I’m not writing sci-fi; I’m writing about Brooklyn. Yes, there’s an obvious sense of dread in my records. There’s a part of me that is fucking terrified of the world right now, and has been for a long time, and maybe always will be.”

From this fear, even an overwhelming paranoia, El-P gathers fuel for both incendiary attacks and self-abjection. So if there’s any rubble left by an apocalyptic catastrophe in his music, its value is that in showing us our world reduced to ash, it also gives us a chance to see what it is that we’re running from.

El-P’s protest finds a kindred spirit in William S. Burroughs, who introduces “Request Denied” amidst a haze of electric signals: “Prisoners of the earth, come out — Storm the studio,” he roars. Translating this incitement as a call to arms, El-P unleashes an onslaught of modulated rhythms and rapid-fire wordplay that jars you out of your sleeping flesh. “I want these records to be a blast of truth,” he says. “When you’re dealing with music and dealing with what’s real, screaming and crying and kicking and punching has something of the truth — in its reaction.”

Another way of putting it is that El-P’s music is not a diagnosis but a symptom. Rather than devising some sort of sonic therapy that would allegedly purify us of the systematic disease, he sets out to immerse himself as fully and desperately as possible into its cancerous cells in order to explode them from within. Words themselves come to suffer in this exaggerated space.

In “Drones Over Brooklyn,” El-P growls, “I’m a holy fuck what did he just utter marksman/Orphan, a whore born war torn, life for the harvest.” And in the concluding elegy, “$4 Vic” he navigates the threshold of a language stretched to its limits: “That Paincave Kid talk, at the end of the painbow/ The permanent stain bop/Maligning my name will holy ark up your squad’s face/ Viewers of the divine rage learn to worship the hard way/You get it? I don’t fade, just float where the poem slays.”

For El-P, the poem also struggles to survive, fighting against a syntax that embodies societal pressures of normalization, and an absolute pain on the horizon that ultimately spells death. He calls this jokingly the paincave: “the most horrible psychological place that you could possibly inhabit.” The word stems from the comedic yet admittedly still horrifying experience of when smoking excessively turns on you — when getting too high brings about a fall into madness.

But it’s within this naked fall that El-P finds an unexpected promise, even a chance for renewal. “I’m operating from a point of confusion and despair, but I don’t see it as pessimism. Maybe there’s an optimism to admit it: to stop running, to work through your own fear,” he says. “I want to make music that is the signifier of fighting to live, fighting for sanity, recognizing that it ain’t what it should be. So I’m going to scream. I’m going to run into the middle of the street, and take my clothes off, and scream.”