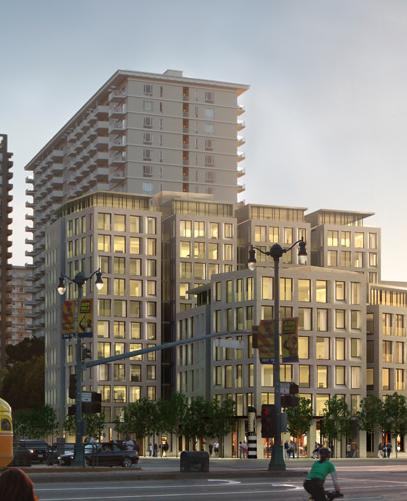 My old friend Sue Hestor stopped by my house June 24 to ask if any of my neighbors might want to sign the referendum petition on 8 Washington. She was carrying a clipboard with a document the size of a phone book attached to it. Almost 600 pages, neatly bound.

I flipped through it. Lots and lots of background documents on the project, nothing anyone’s ever going to read. But thanks to some slick moves by the developer, Simon Snellgrove, supported by his allies on the Board of Supervisors, the referendum petition has to have all of that material attached.

See, the petition seeks an election to overturn a piece of legislation. Doesn’t happen often in San Francisco, and as far as I know, it’s never been successful. State law, of course, says that you have to show people the bill you want to overturn.

But when activists in Bayview Hunters Point tried to run a referendum campaign on the area’s redevelopment plan, they lost before they even had a chance. The City Attorney’s Office ruled that each petition had to include the entire redevelopment plan, all 62 pages. Since the petitions didn’t include every single page of that plan, the signatures were rejected.

In this case, Snellgrove’s crew made sure that the final legislation approved by the supes included numerous mentions of other documents that were, in legal terms, “included by reference.” Lots of documents. And all of them had to be copied, bound and attached to every set of petitions that every circulator carries.

Which would clearly appear to be a chill on the rights of the people to force a ballot referendum.

Still, they soldier on. Hestor told me she’s “fundraising like crazy” to get enough money not to pay signature-gatherers but just to print the petitions. Jon Golinger, who’s helping run the campaign, says he confident there will be more than enough copies to do the job.

So if you want to get a little exercise for your arms (don’t laugh –one petitioner is already having arm problems lugging this stuff around) and you’re interested in helping out, check out the campaign HQ at 15 Columbus or call 415-894-7008. There’s a rally Saturday/30 at 10am.