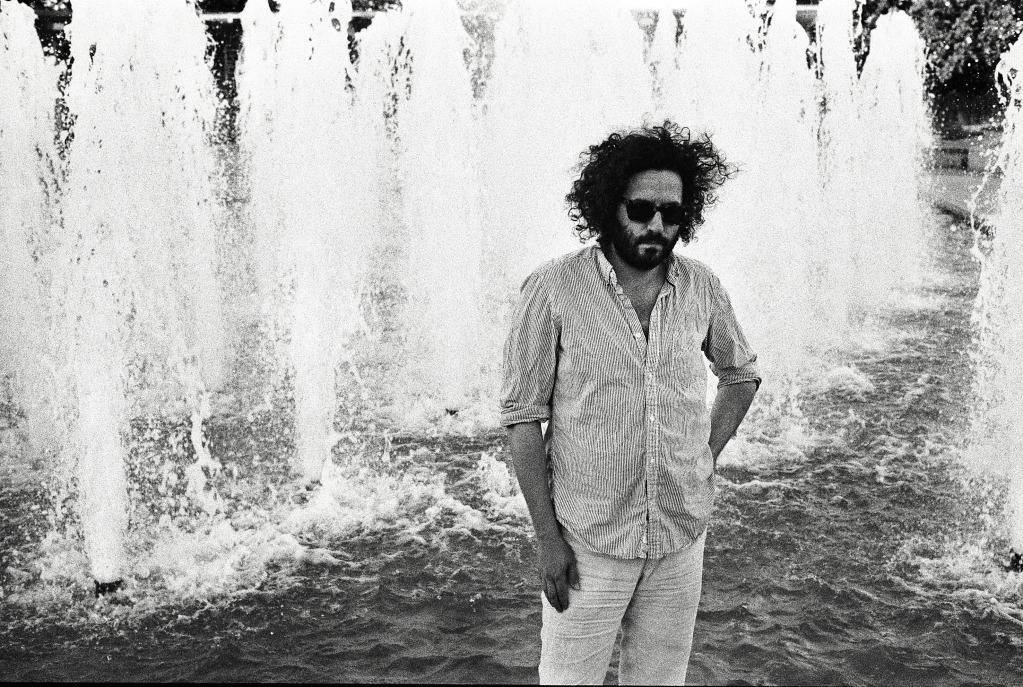 Destroyer’s Dan Bejar is a songwriter’s songwriter, revered within indie rock circles for his dense, erratic lyric sheets, and sharp, confrontational vocal delivery. So, naturally, when he dove head-first into synth-laden yacht-rock on last year’s Kaputt, the Interwebs went abuzz.

The current Destroyer lineup is set to grace the Fillmore next Tuesday, for their second SF appearance since the album’s release. I interviewed Bejar about the upcoming tour over the phone last week, and unsurprisingly, he’s quite a talker. So much so, that my Destroyer feature in this week’s issue only scratched the surface.

For more juice on Kaputt, musings on Dean Martin and Orson Welles, and an impulsive list of desert island records, read on:

SFBG Your lyrics and your vocal delivery on Kaputt evoke this really strong sense of personality and point of view that I haven’t quite heard on another Destroyer record. I’ve read comparisons to Humphrey Bogart, to Bill Murray, to Dean Martin. Any way you cut it, there’s this sense of cool detachment at the center that makes people think of specific personalities. Were the lyrics on Kaputt, written and delivered with an established personality in mind?

Dan Bejar That’s kind of an interesting question. I think of them as kind of the most natural and least constructed lyrics and vocal turns that I’ve ever done. So, it’s funny that they evoke a strong sense of persona, because what I was trying to evoke was as much blankness as possible.

Just like, iterate the words, and try and hit the notes, and leave as much room for the music, you know? And, the sense of space was always very important. There’s probably half the word count that there is on any other Destroyer album.

It’s kinda like… that’s actually the exact opposite of how I picture it, but you never know when your intentions and when the reality of what you’re doing match up. I just tried to keep it real natural and simple. Maybe I am a Dean Martin character and I just don’t know it. Which would be cool, but you’d think someone would have told me by now.

SFBG Another big talking point in discussing your career is these transitions, namely Kaputt and Your Blues in 2004. Are there any artists, musicians, you take inspiration from when you’re making a stylistic shift with your career?

DB You mean, like people who have jumped around a lot, and not fallen on their face completely, doing it?

DB I don’t know… I don’t really think of it as that, that forest, or like me putting on different Halloween costumes. I just think the traditional rock-band model didn’t really fit, you know? I think, if you look at the career of most singer-songwriter types, any of them who’ve managed to last more than ten years, they’ve probably jumped around a fair bit.

I think, for the most part Kaputt‘s an exception, the writing and the singing is fairly consistent. If you scroll the credits of Destroyer records, all nine of them, you’ll probably find a lot of the same names, you know, but just doing different stuff, or in different formations.

I kind of like the jazz model, where everyone plays on different records, and it’s just more like, session based, as opposed to everyone having to dress up in leather jackets and act like a gang. Most of my inspiration comes from Miles Davis, on a daily basis, anyway.

SFBG There’s a rhythm and a density to your lyrics, that people compare to… Bob Dylan’s thrown around a lot, Joni Mitchell sometimes. But, beyond songwriters, are there any authors, or actors, or public figures, whose patterns of speech and word choice you take inspiration from in your work?

DB Oh, authors included. Just beyond songwriters, yeah. There’s too many to choose from. That was the entire project of Destroyer, from the first record up until Kaputt, where the project kind of shifted to become, like I said before, like a singer, and not a chest with poetry.

Actually, most of Destroyer is inspired by Orson Welles’ take on Shakespeare… [but] I will say that Kaputt is the first record to take most of its inspiration from nonverbal things.

SFBG When you come through San Francisco to tour, hang out, whatever, what do you like doing here?

DB Man, I’d love to have an actual free day in San Francisco, just to walk around. Generally, when I’m on tour, I don’t take too much advantage of where I am. I’m more like a gladiator who paces the bus, or a dank back-room and then is let out of his cage to go onstage. I might hit a bookstore or something.