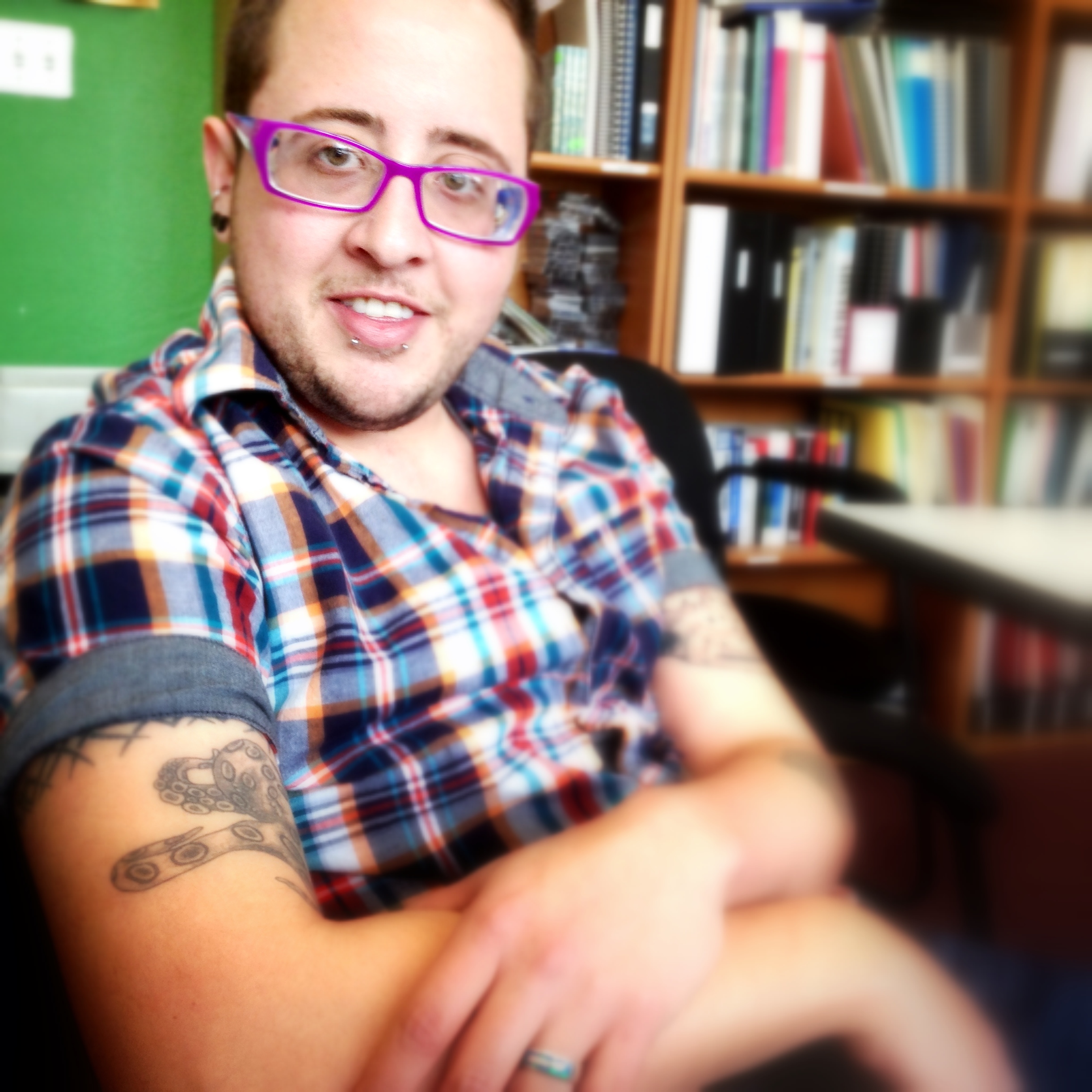 “People at sex clubs are looking to hook up. It’s usually my safe sex practices that get me turned down more and not the fact that I’m transgender”

I thought it would be cute to conduct today’s interview in a bathhouse sauna. Instead I found myself sipping a soy milk latte in one of the Mission’s many hip coffee shops — not as intimate of an option, but probably better for my note taking. For once, I was on time, and I patiently awaited San Francisco sex educator Niko Kowell.

I love Kowell’s official job title, transmale program specialist. It sounds so glamorous, and in truth, it is. Kowell is the creator of San Francisco’s Transmenformen night, held every second and fourth Thursday at Eros, one of San Francisco’s most innovative gay bathhouses. At TM4M, as the event is nicknamed, Kowell facilitates group dialogues for queer and transmen who want to have sex with other males. He teaches bathhouse cruising tactics (coy glances over one’s shoulder among them), screens transgender and queer-related films, and puts on an almost-naked yoga class.

During our morning together, Kowell and I talked about bathhouse culture and fucking transmen. He also debunked the rumor that all transmen who sleep with men are bottoms.

San Francisco Bay Guardian: Tell us about your experiences with gender and sexuality, particularly within gay male cruising and bathhouse culture.

Niko Kowell: It’s been interesting learning about gay male cruising. I come from a really communicative, consensual background when it comes to sex. And I have had to learn how to pick up men in a bathhouse in a completely different way. It’s a lot more to do with eye contact. Being too verbal can be seen as a turn off. I’ve also had to think of creative ways to disclose the fact that I’m transgendered. Recently I’ve taken to towel flashing hot guys I’m attracted to.

I had a lot of assumptions of what male cruising spaces would be like. People at sex clubs are looking to hook up. It’s usually my safe sex practices that get me turned down more and not the fact that I’m transgender. It’s been good for me to learn that my trans-ness isn’t always the reason why people aren’t interested. There are are a number of reasons why someone wouldn’t be interested. I’ve also had to learn how to be my own best advocate. It’s important to know what your boundaries are and be willing to stand by them.

SFBG: Take us through the series of events that led to your position as a transmale program specialist.

NK: Five years ago when I was in college I came to San Francisco and did an internship at Eros. I was studying psychology, and I was working on a paper entitled the “First Timers’ Guide to Playing With a Transguy.” I went back to Ohio, graduated, and promptly returned to SF.

Upon my return, I was working part-time at Eros when Luke Woodward, the previous program supervisor at Transthrive, hired me as a private contractor to do Transthrive events. Last October our program got funding, and now I get to focus predominantly on transmale programing. TM4M is a collaboration between Eros, Trannywood Pictures, and Transthrive, a program at the Asian Pacific Islander Wellness Center.

Showing them tats, flashing those biceps: Niko Kowell in the Transthrive offices.

SFBG: Eros is already known to be a queer masculine and transinclusive space. Why have a night specifically geared to transmen?

NK: It is important that TM4M happens at Eros because it gets transmen into a male space. It begins to build community between cismen and transmen, and it teaches everyone how to have casual sex with different types of bodies safely. TM4M is a space where transmen can talk about what it was like to transition and still be into the same gender. I want to reduce shame around the issue of transitioning and participating in one’s sexuality.

SFBG: What other events and projects are you currently working on?

NK: I’m working with Trannywood Pictures on a documentary project about transmen and their relationships to their penis, whether that be the cock they strap on or the cock they grew while on testosterone. The project was inspired by the 1999 documentary Private Dicks a special about cisguys and their relationships to their penis.

SFBG: How do you identify with your gender today?

NK: I identify strongly as transgender. I use male pronouns, and I strongly feel genderqueer. I’m really proud of my female history. It’s important to me. I guess I identify as queer in general in regards to my sexuality and gender.

SFBG: Are you currently dating anyone?

SFBG: Tell us something interesting and sexy.

NK: I’m versatile. It’s hard for me to find cismen who want me to top them. I just want to dispel the rumor that all transmen who sleep with men are bottoms. That’s why I wrote the top five reasons to fuck a transguy:

2. Trans cock is any shape or size you want, and it never goes soft

3. Three holes are better than two

5. Curiosity killed the cat, but satisfaction brought it back

I’m in part being cheeky with my list, and I acknowledge that every transguy is unique in the way they want to experience sex and their sexuality. I want people to keep in mind some transmen may not agree with these reasons.

SFBG: What does creating a sex-positive space mean for you?

NK: A sex-positive space should be free of judgement. There is no certain way to be a man or be sexual. You should be sexual in a way that makes sense for you. When I’m facilitating dialogue about sex it’s important that everyone in the room remain open and supportive.

“Men on the Mat”: A queer guy yoga class