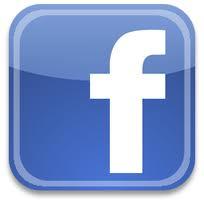 Facebook went public and the people who got in at the initial price of $38 made a little money, but the stock is hardly exploding in the way that suggests social-networking is the next stock market darling. In fact, right after Facebook started selling, Zynga (which gets the vast majority of its revenue from Facebook) collapsed so quickly that trading was halted.

Still, about 1,000 Facebook employees are a lot richer today, and Mark Zuckerberg will join the likes of Bill Gates and Larry Ellison atop the Forbes 400 leaderboard. The state of California gets a nice bump, too — according to some accounts, the state will eventually pick up close to $1 billion in tax revenue when the Facebook Fuckinzillionaires exercize their options and start selling their stock.

But for all the rest of us? Sure, increased consumer spending will help the local economy (dealers in luxury cars are drooling in their cheap coffee). But if that’s not your line of work, you may not be so lucky.

The biggest factor in lifestyle and economic security in San Francisco is the cost of housing — and that’s going the wrong way. The Chron estimates that the total increase in the housing market will approach $1 billion, which doesn’t seem all the much spread around the Bay Area, but it will be concentrated in a few popular places, and the east side of San Francisco, particularly Noe Valley, the Mission and surrounding nabes, will be part of ground zero.

Meaning if you are looking to rent or buy a place in this city, you just lost a bunch of money. That is, you will now have to pay more for your housing, which will be a net benefit to landlords and sellers.

And it’s not necessarily such good news for small business and other startups:

The winners are of course the 1,000 or so Facebook employees who will cash-in, however the losers will be the rest of Silicon Valley for the following reasons. Housing prices will rise across the whole Bay Area. For local businesses and start-ups, recruiting due to difficulty moving to this area because of those rising prices

Go at it, trolls. Tell me I’m utterly wrong. Because it seems like those non-radical types at the Chron and Trulia seem to agree with me that there’s a downside here, too.