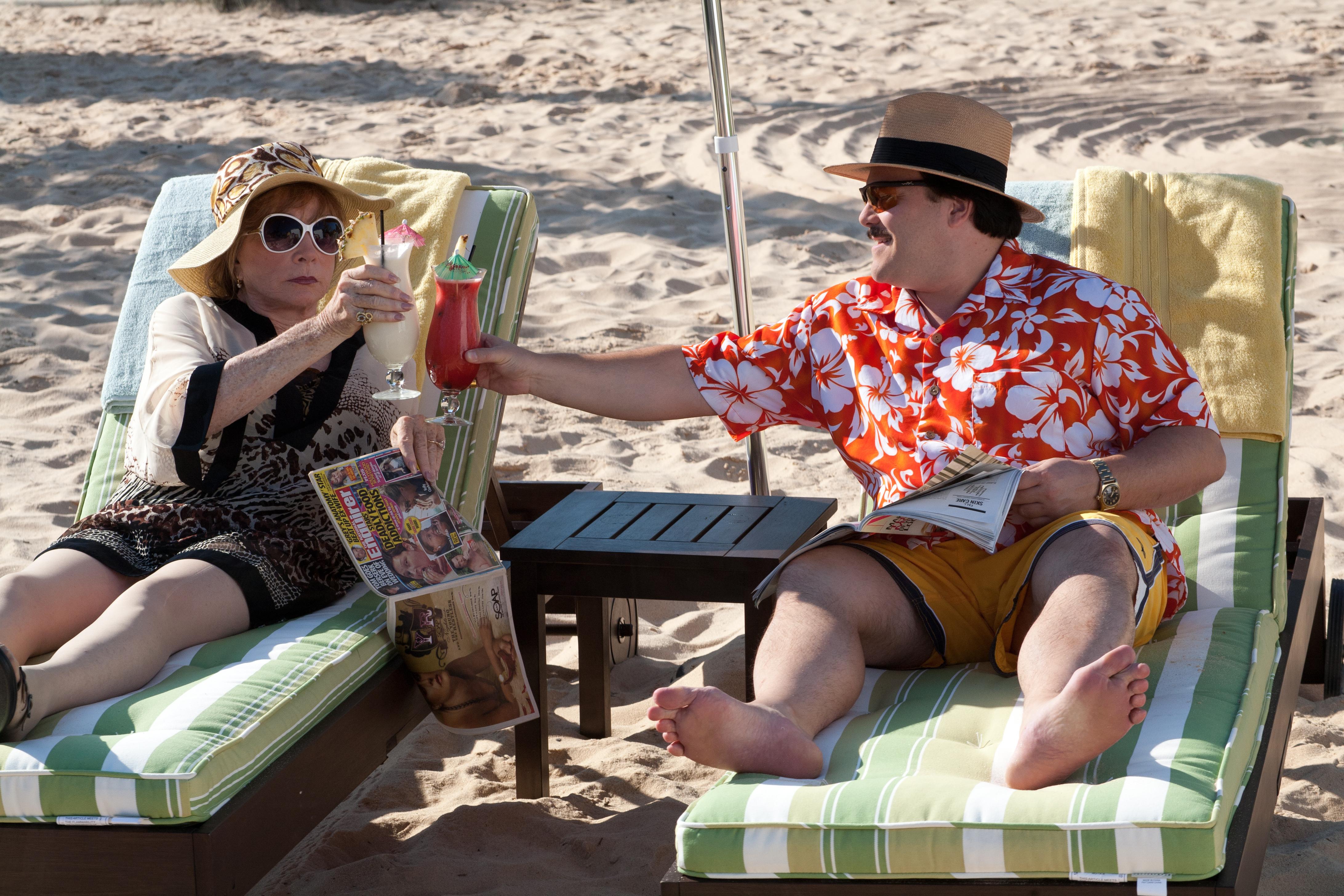 While all the cool kids are at Cannes, us losers are stuck stateside to contemplate the two big Hollywood movies opening this week: Battleship, which stars Liam Neeson, the guy still smarting from his titular role in the reigning biggest flop of all time, and aliens (and has no chance of being the best movie based on a board game); and The Dictator (review below). Your choice is clear.

You could also feed your Jack Black obsession (already running red-hot with the new Tenacious D album, natch) with Richard Linklater’s new comedy, Bernie (review here). You could expand your cinematic horizons at the San Francisco Cinematheque’s third annual “Crossroads” festival. Or, while weeping over blogs detailing Cannes flicks you won’t get to see until 2013, you could organize your summer movie plan of attack.

And, of course, feed your Sno-Cap habit with The Dictator and other top picks from the rest of this week’s opening slate:

The Dictator As expected, The Dictator is, yet again, Sacha Baron Cohen doing his bumbling-foreigner shtick. Said character (here, a ruthless, spoiled North African dictator) travels to America and learns a heaping teaspoon of valuable lessons, which are then flung upon the audience — an audience which, by film’s end, has spent 80 minutes squealing at a no-holds-barred mix of disgusting gags, tasteless jokes, and schadenfreude. If you can’t forgive Cohen for carbon-copying his Borat (2006) formula, at least you can muster admiration for his ability to be an equal-opportunity offender (dinged: Arabs, Jews, Asians, African Americans, white Americans, women of all ethnicities, and green activists) — and for that last-act zinger of a speech. If The Dictator doesn’t quite reach Borat‘s hilarious heights, it’s still proudly repulsive, smart in spite of itself, and guaranteed to get a rise out of anyone who watches it. (1:23) Balboa, Presidio. (Cheryl Eddy)

Indie Game: The Movie Much like the film business, the video-game biz is mostly controlled by a few huge companies with thousands of employees, hell-bent on ensnaring as many of the billions of dollars spent on games annually as possible. And then, as James Swirsky and Lisanne Pajot’s documentary explores, there are the little guys, who are “not trying to be professional” or produce glossy content for the masses. Instead, these individuals (or pairs) take advantage of the miracle of digital distribution to follow their own visions and create their own games. The best-case scenarios — illustrated by San Francisco indie developer Jonathan Blow and his hugely successful Braid — can reap enormous creative and financial rewards, but getting there — as the struggles facing the creators of Super Meat Boy and Fez plainly attest — can be a mentally and physically draining process, filled with frustration and self-doubt, exacerbated by the taunts of haters online. A thoughtful, artfully-shot peek at one tiny corner of a behemoth industry, Indie Game also offers a surprisingly tense, raw look at some very bright minds struggling to triumph on their own terms. (1:36) Roxie. (Eddy)

Payback Jumping off Margaret Atwood’s Payback: Debt and the Shadow Side of Wealth, her 2008 meditation on borrowing and lending and the way those acts reverberate through culture, documentarian Jennifer Baichwal finds a thought-provoking, graceful, seemingly free-form way into the writer’s ideas. The film dips into the dynamics between a handful of unlikely debtors and creditors scattered around the globe: two families in Northern Albania tied by a blood feud over disputed land and dishonor; organizing migrant workers and their employers in Florida; and the BP oil spill and an unsuspecting environment. Baichwal, like Atwood, uncovers few easy answers — especially when it comes to handling disasters on the scale of the BP spill — all the while treating her material with elegantly considered imagery and handling her subjects with a cool intelligence. That approach might leave some yearning for an uptick in emotional connection, or simply some connect-the-dots storytelling and, dare we say, drama. Meanwhile fans of the director’s Manufactured Landscapes (2006) will see Payback as its writerly relation, a tone poem about the crimes we’ve manufactured and muddled. (1:26) Lumiere, Shattuck. (Kimberly Chun)

Where Do We Go Now? With very real, deadly sectarian conflict on their doorstep, a group of Lebanese village women are making it up as they go along in this absurdist, ultimately inspiring dramedy with a dash of musical. Once sheltered by its isolation and the cheek-to-jowl intimacy of its denizens, the uneasy peace between Muslims and Christians in this small town threatens to shatter when the outside world begins to filter in, first through town-square TV broadcasts then tit-for-tat jabs that appear ready to escalate into violence. So the village’s women conspire to preserve harmony any way they can, even if that means importing a motley cadre of Ukrainian “exotic” dancers. What results is a post debauchery climax that almost one-ups 2009’s The Hangover — and a film that injects ground-level merriment and humanity into the headlines, thanks to director, co-writer, and star Nadine Labaki (2007’s Caramel), who has a gimlet eye and a generous spirit. (1:40) Embarcadero. (Chun)