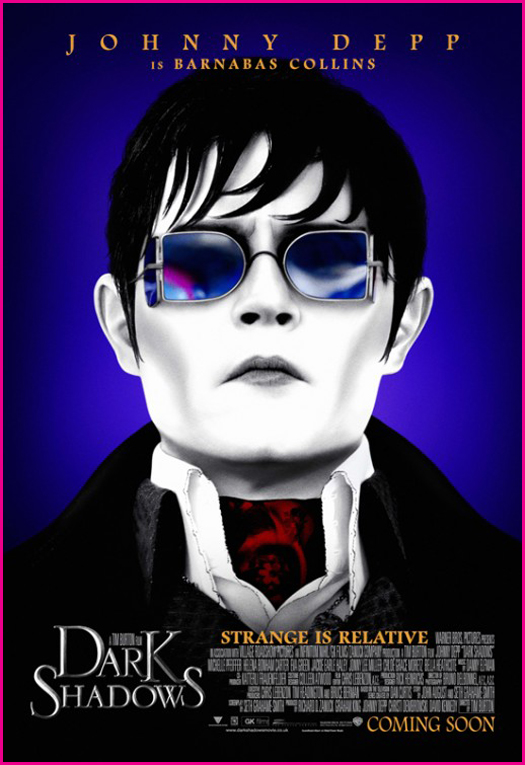 What to watch? Johnny Depp going goth (agaaaain) for director Tim Burton? Indeed, the camp-stalgia Dark Shadows is the big-ticket opening this week (i.e., has the most billboards around town). But, as always, rich rewards await those moviegoers willing to dig just a li’l below the surface.

Hit the Roxie for another edition of noir series “I Wake Up Dreaming” (and read Max Goldberg’s take on the programming here); and the Yerba Buena Center for the Arts for week two of Andrzej Zulawski insanity (read Dennis Harvey’s take here).

But wait. There’s more! To start, docs about tiny dancers and the world’s impending water crisis:

First Position Bess Kargman’s documentary follows a handful of exceptional young ballet dancers, ranging in age from 10 to 17, over the course of a year as they prepare for the Youth America Grand Prix, the world’s largest ballet scholarship competition. Those who make it from the semifinals (in which some 5,000 dancers aged 9 to 19 perform in 15 cities around the world) to the finals (which bring some 300 contestants to New York City) compete for scholarships to prestigious ballet schools, dance-company contracts, and general notice by both the judges and the company directors in the audience. The film’s subjects come from varied backgrounds — 16-year-old Joan Sebastian lives and studies in NYC, far from his family in Colombia; 14-year-old Michaela was born in civil war-torn Sierra Leone and adopted from an orphanage by an American couple in Philadelphia; 11-year-old Aran, an American, lives in Italy with his mother while his father serves in Kuwait. The common threads in their stories are the daily sacrifices made by them as well as their families, whose energies and other resources are largely poured into these children’s single-minded pursuit. We get a vague sense of the difficult world they are driving themselves, in nearly every waking hour, to enter. But the film largely keeps its focus on the challenges of preparing for the competition, offering us many magnificent shots of the dancers pushing their bodies to mesmerizing physical extremes both on- and offstage. (1:34) Embarcadero, Piedmont, Shattuck, Smith Rafael. (Lynn Rapoport)

Last Call at the Oasis  If you like drinking water, or eating food, or using mass-produced physical objects, and you also enjoy not being poisoned by virulent chemicals such as hexavalent chromium and atrazine, you probably want to see — but most likely won’t much enjoy — Jessica Yu’s latest documentary, about the impending global water crisis. Or rather, the crisis, the film makes clear, that has already arrived in many parts of the world and — in the sense that it’s about a shortage of safe drinking water — in many parts of the United States. The Academy Award-winning Yu, whose previous films include the 2004 Henry Darger documentary In the Realms of the Unreal, invites various experts to lay out the alarming facts for us, as we sit in the theater clutching our bottles of Dasani. Last Call’s talking heads include UC Irvine professor Jay Famiglietti, the Pacific Institute’s Peter Gleick (who, regardless of February’s firestorm over an ethical lapse, speaks eloquently here), journalist Alex Prud’homme, whose book The Ripple Effect the documentary is based on, and Erin Brockovich. An unexpected appearance by Jack Black in the role of potential future spokesperson for potable recycled water (one name under consideration: Porcelain Springs) adds levity to a film that is short on silver linings, as well as solutions. The title conveys the sort of gallows humor occasionally displayed by Yu’s subjects — one of whom ponders for a moment the situation he’s just described and then offers this succinct summary: “We’re screwed.” (1:45) Embarcadero, Shattuck. (Rapoport)

And for weirder, stranger tastes, the latest from Police Academy alumni-turned-filmmaker Bobcat Goldthwait, and a mega-creepy import from Austria, land of schnitzel and Fritzl.

God Bless America Middle-aged office drone Frank (Joel Murray) is not having a good day-week-month-year-life. His ex-wife is about to happily remarry; his only child is a world-class brat who finds father-daughter time “boring;” his neighbors are a young couple who only get more loudly obnoxious when politely asked to keep the noise down. When that and insistent migraines keep Frank awake night after night, the parade of pundit and reality stupidities on TV only turn his insomnia into wide awake fury. Then he’s fired from his job for unjust reasons — on the same day he gets a diagnosis of brain cancer. Mad as hell, not-gonna-take-it-anymore, he impulsively decides to make a “statement” by assassinating a viral-video poster child for “entitlement.” This attracts admiring attention from extremely pushy, snarky teen Roxy (Tara Lynne Barr), who appoints herself Bonnie to his reluctant Clyde. They drive around the country bestowing “big dirt naps” on other exemplars of what’s wrong with America today, including religious hate mongers, rude moviegoers, and the purveyors of American Idol-type idiotainment. Comedian Bobcat Goldthwait’s latest feature as writer-director has its head in the right place, and so many good ideas, that it’s a pity this gonzo satire-rant runs out of steam so quickly. Aiming splattering paintball gun at the broadest possible targets, it covers them with disdainful goo but not as much wit as one would like. Plus, Barr’s hyper precocious smart mouth is yet another annoying Juno (2007) knockoff — never mind that she counts Diablo Cody among her (many) pet peeves. If God Bless winds up closer to Uwe Boll’s Postal (2007) than, say, Network (1976) in scattershot impact, it nonetheless almost makes it on sheer outré audacity and will alone. A movie that hates everything you hate should not be sneezed at; if only it hated them with more parodic snap, thematic depth and narrative structure. (1:44) Bridge, Shattuck. (Dennis Harvey)

Michael Michael follows a few months in the lives of a pedophile (Michael Fulth) and his captive (David Rauchenberger). It is no surprise that Austrian director Markus Schleinzer previously worked for Michael Haneke: the film’s cold, inanimate aesthetic is the means for psychological torture, on the part of both Michael’s prisoner, and the audience. Michael, a sociopath who works in an office by day, keeps the boy, a pensive 10-year-old named Wolfgang, in a basement behind a bolted door. He visits him nightly, and allows the boy to dine with him. As master and slave go about their mundane routine their level of comfort with one another is just as unsettling as the off-screen sex. Equally disturbing is how Michael manages to maintain such a normal life on the surface. After the older man tries to bring a new victim home and fails, Wolfgang starts to find ways to push his captor’s buttons. In spite of the loud subject, rarely has such formal reticence registered as this horrifying. (1:36) SF Film Society Cinema. (Ryan Lattanzio)