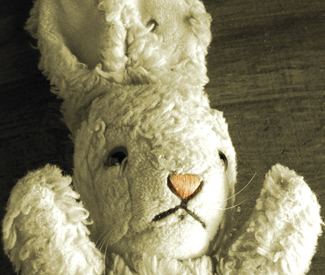 THEATER Political borders have their way with the bodies of ordinary people, but ideas are harder to stop at an airport or checkpoint. So when Iranian playwright Nassim Soleimanpour found himself unable to leave Iran (having demurred from mandatory military service, the state demurred in providing him a passport), he decided to send on a play that would stand in for him, and maybe stand for something more.

A group of local theater and performance artists have gamely joined in the endeavor, as yet unsure of exactly what they’re taking on. Such is the design of White Rabbit, Red Rabbit — which premieres this week as one of several tantalizing international theater productions at this year’s San Francisco International Arts Festival — that a different artist will deliver a completely unrehearsed performance of the play each night over the course of the run.

White Rabbit, Red Rabbit is a humorously sly piece of meta-theater, half allegory and half action, meant to incite a spontaneous collaboration between performer and audience without need of a director or a set, let alone rehearsals. Audiences wary of so cavalier a lack of structure, however, will be reassured by a lineup that includes many astute local artists of a decidedly political bent, among them San Francisco Mime Troupe’s Velina Brown and Michael Gene Sullivan, self-titled Red Diaper Baby Josh Kornbluth, performer-choreographer Keith Hennessy, and Campo Santo’s Sean San José.

Soleimanpour, who comes from a literary family, originally studied theater in school and now teaches scenic design at Tehran University. Born in 1981, he is part of a generation that has grown up since the 1978–79 revolution that put clerical authority in power. Soleimanpour expressed to me his delight with the Bay Area premiere and gave some insight into the genesis and purpose of his unusual play in a recent email exchange.

San Francisco Bay Guardian Where did the play first premiere outside Iran and how was it received? How did you receive news of its reception?

Nassim Soleimanpour A very early version of Rabbit was performed in New York. In March 2011, the Brick Theater [in Brooklyn] sponsored an Iranian Theater Festival that included it. The new version of the play premiered simultaneously at the Edinburgh Fringe Festival and the Toronto SummerWorks Theatre Festival on August 5, 2011. Winning awards in both festivals was a good start in marketing the show. Our spreadsheet for next year shows productions in more than 20 cities and 15 counties in more than seven languages. We are getting used to performing simultaneously in different countries and languages.

I was lucky to receive thousands of touching emails from my audiences, actors, and producers. People send me photos of the show or report to me what has happened in my absence. I also read reviews.

SFBG What makes theater compelling to you as an artist?

NS To me theater is/was never a way to represent my understanding of things. Instead, it is/was the best way to understand. I guess I will continue making theater as long as I have questions, or as long as I don’t find a better way to look for answers in my life.

SFBG Audiences here are more likely to be familiar with Iranian cinema, which travels widely. Is there much connection between the stage and film in Iran/Tehran today?

SFBG Do you know any of the people involved with the San Francisco production?

NS I never contact my performers before their performance. That’s a rule. The play asks them not even to see the show or read about the play beforehand. Local producers who have been in contact with play rights holders invite actors to read the play. It’s always fun for me to check the list of actors who are going to perform the show. Sometimes actors write me emails. It’s the same story in SF. I have just seen the names and read about them. I wish them all success. And I hope they enjoy their performance. *