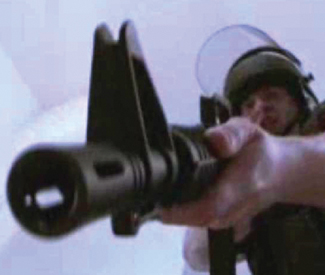 HERBWISE On the occasion of leaving our gentle green bubble in the Bay, I often find myself in the position of explaining what it is I write about. Sometimes I am satisfied with focusing on my federally legal interests as the Guardian’s culture editor. But other times I am compelled to stretch the limits of my extended family’s imagination, which usually leads to some pretty interesting conversations.

I’m sure I’m not the only person interested in demystifying cannabis issues to their loved ones. Which is why I’m happy to introduce you to a 2011 documentary that might prove useful: Lynching Charlie Lynch, a DVD release you can find on Amazon or director Rick Ray’s website (www.rickrayfilms.com). The film even starts with a world history of cannabis usage: look guys, early Mormons used the stuff!

Charlie Lynch is a total goober (a word I use lovingly.) A suburbanite from Arroyo Grande, Calif., Lynch takes pleasure in winning stuffed animals from claw machines and rocking out to self-penned anti-drunk driving ballads in his DIY home studio. When he began medicating for his atrocious migraines with cannabis, Lynch decided to open a dispensary close to his home town, eventually starting one in 10,000-person Morro Bay. It was the only dispensary in San Luis Obispo County.

Ray shows us Lynch’s adorably earnest and thorough process of setting up shop. Lynch goes so far as to call the DEA office, and is directed to four different numbers before an agent gruffly tells him that cities and counties are tasked with “dealing” with such enterprises. Thus enthused, Lynch obtains proper permitting from city and county administrations and holds a ribbon-cutting ceremony. The mayor and other city officials attend, the chamber of commerce is represented in cheerful photos from that day.

At this point one might pause the film and explain to friends and family that the California medical marijuana industry is not without its complicated issues, and that despite his phone calls, Lynch might have expected trouble from the federal government. But these caveats aside, what happens next is awful enough that “might-haves” and “could-dos” will probably dissipate from their minds.

A San Luis Obispo sheriff’s RV surveils patients and staff coming and going from Central Coast Compassionate Caregivers until sufficient evidence is gathered to obtain a federal search warrant. Your educational audience will cringe as law enforcement raids not just Lynch’s dispensary, but his home. He is taken into federal custody and released only when his family posts $400,000 in bail. There’s a media storm, the feds threaten his landlord, the business is ruined, and finally, Lynch puts his house — the same one where he once warbled cautionary notes to drunk drivers — on the market.

It is worthwhile to note that the Morro Bay raid occurred in 2007, and as an update to the fam you might want to mention the Oaksterdam debacle last month. (A scene from the Oakland cannabis school is included in Lynching Charles Lynch — prophetically, it is an in-class roleplay meant to teach students how to interact with federal agents.)

We say in the Bay Area that we are the epicenter of the cannabis movement, which in some senses may be true. But in some ways it’s not. Regardless of how conscious we are in Oakland, Marin, and San Jose of the hypocrisy of the federal government, national change is not going to take place until awareness of the issue is raised nationally.

Or maybe I’m just trying to justify that post-Lynching joint with my aunt in Maryland. Meh!