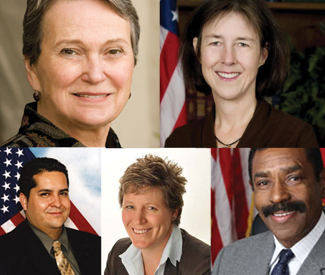 There aren’t a lot of contested races in the Oakland/Berkeley area. Every member of the county Board of Supervisors is running essentially unopposed. When termed-out Assemblymember Sandra Swanson decided not to challenge state Senator Loni Hancock, the East Bay left avoided a bruising primary fight. In essence, voters will be addressing a series of no-contest primaries and two statewide ballot measures. So there’s not a lot to drive the voters to the polls.

But there are two important races — a contest for Swanson’s 18th Assembly seat and a rare election for an open seat on the Alameda County bench. Our recommendations follow.

Always solid on the issues, Hancock has taken a lead role in fighting bogus foreclosures and takes on the often-challenging job of killing bad bills as chair of the Public Safety Committee. She’s been a strong advocate for ending the death penalty.

Another strong progressive, she’s currently pushing to preserve affordable education in the UC system. She’s also a leader in the campaign to tax online sales.

Several strong candidates are seeking this seat, which represents one of the most progressive districts in the state. Our choice is Abel Guillen, a member of the Peralta College Board. Guillen has a strong record in the progressive community and the support of the teacher’s and nurse’s unions. He’s a strong advocate for education and speaks about aggressively seeking new revenue (including a split-role modification of Prop. 13). We were a little concerned about his reluctance to support state Sen. Mark Leno’s efforts to allow local government more authority to raise revenue (Guillen’s worried about statewide equity) but on balance, he’s the best candidate.

We were also impressed with Rob Bonta, vice-mayor of Alameda, who is strong on transit issues and understands the needs of local government. But although he told us he would support repeal of the “three-strikes” law, he’s the candidate of law-enforcement and has the support of the Peace Officers Research Association of California, the dangerous statewide cop union that tries to block nearly every piece of progressive criminal-justice reform. He told us that in the past he’s supported the death penalty because “it’s the voters’ choice.” On the relatively simple question of legalizing pot, he said he “probably” would vote for it.

Thanks to the two-two primary system, it’s likely these two will be facing off again in November. Vote for Guillen.

Three East Bay lawyers are running for this rare open seat. Our choice is Flanagan, whose progressive credentials and background make her the strongest candidate.

A former prosecutor in Los Angeles who now does civil litigation and family law, Flanagan is a supporter of open courtrooms and told us she would have no objections to cameras and tape recorders. She agreed that the administrative meetings of the county judges should be open to the public. She’s served as a temporary judge, so already has courtroom experience.

The Alameda bench is still mostly a boy’s club — only 30 percent of the judges are women, and a dismal 1.4 percent come from the LGBT community. Flanagan would bring some needed diversity to the court.

Incumbent Keith Carson has been a stalwart in the Oakland and Berkeley progressive communities for decades. He’s running unopposed.