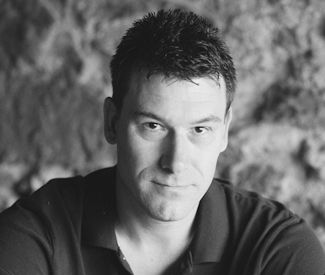 LIT It was a cold, windy January morning in 1937 when a horrifically mutilated body was found sprawled at the base of a rumored-to-be-haunted watchtower in what was then called Peking.

Intrigued yet? Paul French’s Midnight in Peking: How the Murder of a Young Englishwoman Haunted the Last Days of Old China (Penguin Books, 260 pp., $26) reads like a mystery thriller, with its dramatic cast of characters (a Chinese-British detective team, a cranky old father with something to prove, a budding beauty filled with secrets, and multiple sinister figures with shadowy pasts) and exotic setting (Peking’s fusty, foreigners-only Legation Quarter — and utterly lawless Badlands district — on the eve of China’s occupation by Japan).

As he wrote Midnight, the Shanghai-based Brit was able to solve the long-cold case — or at least present a rather convincing theory about who killed 19-year-old Pamela Werner. Satisfying closure in a true-crime book about an unsolved murder? Read it and weep, Black Dahlia obsessives. I caught up with French amid his tour to promote Midnight‘s American release.

San Francisco Bay Guardian How did you research what it would have been like to live in 1937 Peking?

Paul French There are quite a lot of both Chinese and foreign memoirs — all of the diplomats, and a lot of the journalists, scholars, and missionaries wrote them. People wrote travel guides. There’s a lot of Chinese literature from that time, too.

SFBG Was the story of Pamela’s murder mentioned in one of the memoirs?

PF I was reading a biography of [journalist] Edgar Snow, which was very dry and boring. The first time I saw the Pamela story was in a little footnote: “and then this girl was murdered, and there was a British detective who worked with a Chinese detective.” There was a whiff of opium, and a bit of sex floating around it, and scandal, and I just thought, “Wow! That sounds really interesting.”

SFBG Was it difficult to dig up more information?

PF At first, I was able to dive in and get all the newspaper reports and the autopsy. I was doing quite well. Then I sort of hit a wall, and thought, “This is all I’m gonna get. I’m going to write a book, but it’s not really going to have an ending. It’ll just be lots of atmosphere, hopefully, and at the end I’ll just say, murders don’t always get solved.” Right on the brink of this collapse of civilization to barbarism, this one girl briefly becomes a kind of symbol of the horrors that China’s about to go into.

So I thought I’d get away with that. But I was in the National Archives in London, and that’s when I completely stumbled across these 150 pages of evidence that Pamela’s father [a former diplomat named E.T.C. Werner] had put together for his own investigation. It had been filed and forgotten for 75 years.

At that moment, the project moved to a whole other level. I looked through everything, and — of course the official line is that I solved the crime, but the truth is, her father really solved it. I compared [his findings] with what the police knew at the time, what the newspapers reported at the time, and the autopsy, and I managed to find four or five people still alive who knew Pamela.

When you cross-reference all of that, I think that it stacks up, which is why I footnoted the back of the book. If people want to have a look at the documents themselves, they’re more than welcome to. And since the book came out — it came out in Australia and Asia first — I have had a few people come to me with new bits of information that sort of confirm what Pamela’s father discovered. Werner was cold, unemotional, and wrapped up in his scholarship; he didn’t pay enough attention to Pamela [while she was alive]. But in the end, he dedicated his whole life, all of his money, and all of his health, to try and track down some kind of justice for her. I came to admire him in the end. *