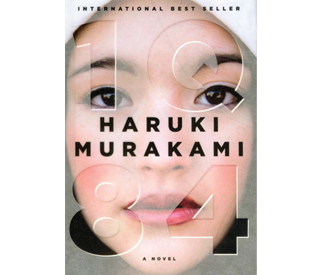 Ludwig Wittgenstein once said “the limits of my language mean the limits of my world.” So for the sake of expanded horizons, let’s say thank you to professional translators, the diligent souls who dedicate their lives to the subtleties of language. When interpreters dissolve linguistic barriers, we are able to peer into the worlds articulated in literature of distant lands to understand them as our own.

But how do they do it? Surrealist Japanese author Haruki Murakami’s translators Jay Rubin and J. Philip Gabriel have taken apart prose, sentence by sentence. Without their efforts, Murakami’s mystic, cryptic worlds could not have become available to audiences in the United States and elsewhere. Rubin and Gabriel spoke with the Guardian in a phone interview preceding their Center for the Art of Translation presentation on the art of translation last week at 111 Minna.

San Francisco Bay Guardian: How were you introduced to Haruki Murakami?

Jay Rubin: By an American publisher in 1989. I was absolutely knocked out by him and stopped reading everyone else for a good 10 years after that. I was just so swept up in Murakami’s world.

J. Philip Gabriel: I was living in Japan and a friend recommended his work. I became interested in translating his short stories, and one of the translations was published in The New Yorker a few years later. I became a regular translator from then on.

SFBG: How do you align yourself with the author so that even the subtlest aspects of their work are communicated?

JR: Maybe I’m not doing that. You never know, do you? I’m always saying that people shouldn’t read translated literature, they should learn the language themselves. One way you can build up trust is by reading the translation and feeling to see if it moves you in the same recognizable ways as reading in your native language. There’s never a guarantee that you’re getting the unalloyed original. But if a piece of literature is able to make you afraid or delighted in some way, it’s fairly likely that there’s something in the original that does that too.

JPG: I work with writers who are fortunately still alive. I have the option of asking a question for clarification. Murakami’s English is really good, and he is a translator himself, so he understands the challenges at hand and is happy to give suggestions.

SFBG: Humor often becomes diluted between languages, especially since a lot of humor is word-based. How do you retain the original comic flow?

JR: When you have languages as different as Japanese and English, it’s virtually impossible to preserve a pun. You just simply have to make up wordplay that seems to work in a similar way. And since Murakami has obviously been influenced by Western literature, his humor is not too hard to convey.

JPG: Japanese culture has a huge appreciation for humor, but translated literature often ends up being serious or dark. You do the best you possibly can when translating humor, but it’s difficult. In Kafka on the Shore, there’s a set expression in Japanese, which means, “I’m so busy I would like a cat to lend a hand.” This is especially funny because the story is about a guy who has the ability to talk to cats. I came up with a pun by using the word “paws” instead of “pause,” and saying, “I would like you to take a paws in your busy schedule.”

SFBG: One challenge in translating East Asian languages to English is that there are certain expressions that could be said more concisely in the former than in the latter. How do you overcome linguistic differences without compromising style?

JR: Brevity is a problem because you’re so tempted to explain things the reader might miss. You always have to engage in a judgment to keep the verbiage as tight as it is in the original, and try not to overwhelm your reader with explanatory prose. After all, you’re not trying to explain the original, but recreate it so that it works in all the same gut levels.

JPG: I try to preserve the basic rhythm of the prose, alternating between long and short sentences. But the sentence structure itself is so different — verbs are at the end of a sentence in Japanese — and when you move the verb to the front, it’s like giving away the punch line.

SFBG: How was your experience translating 1Q84 together?

JR: 1Q84 was so damn long. Sheer stamina was what I needed, above all. I was so grateful when Phil decided to translate the last volume. The editor spent months going through in extreme detail to give it consistency, and there wasn’t a huge gap in style because we both kept close to the original.

JPG: Any two translators, like any two writers, are going to have a different style, and it’s hard to go beyond that. But the editor did a great job to have the final translation read smoothly.

SFBG: Did you face any challenges when conveying cultural differences in a text?

JR: Murakami actually references a lot of American and European culture, so he’s very approachable for someone with a fairly normal American background.

JPG: Stoicism in Japanese culture causes certain climaxes to be very low-key, and I had to underscore scenes for an American audience. We go through the trouble of translating works because we want to learn about the culture, but it turns out that culture is the hardest thing to translate.