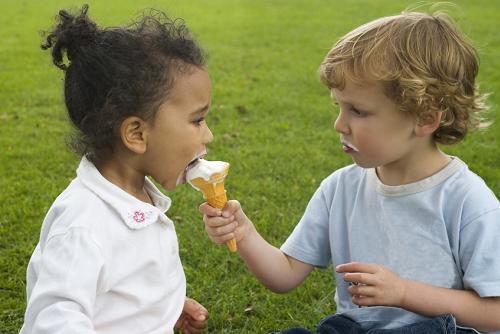 San Franciscans love to share: our homes and workspaces, our cars and bikes, our tools and the road, and sometimes even our lovers. But in these tight economic times, we often want a little something for our efforts – a bit of cash to use the guestroom or car – and that tradeoff has now ballooned into something its advocates grandly label the “shareable economy.”

But with everyone feeling the pinch, there’s begun to be some push-back from those not getting in on the action, and that includes the Tax Collector’s Office, which held a contentious hearing at City Hall this week on its proposal to start charging private residents who temporarily rent out a room the city’s 14 percent hotel tax.

AirBnB, a website that facilitates these room rentals, seems to be the main target of the new rule, and the company turned out plenty of its customers to blast the proposal as something that would hurt low-income residents and travelers and hinder the connections they’re making with each other. AirBnB acts as the financial middle man for the transactions and would be responsible for paying the tax.

“You are part of a movement about how resources are used, how hospitality is exchanged, how residents are empowered, and how economic opportunities are opened to diverse neighborhoods. These values are at the heart of who we are as San Franciscans,” the company wrote in a message to the customers it urged to turn out for the hearing.

The day before that hearing, there were a couple of related proposals launched at the Board of Supervisors meeting by Board President David Chiu and others. He introduced legislation banning the “hotelization” of apartments by corporations that let a rotating cast of employees use them, banning stays of less than 30 days in buildings with four or more units.

As an example of the problem, Chiu cited the Golden Gateway apartment complex in his district, where he estimated that 46 of the 341 units are rented by corporations, drawing the ire of other residents. “Hotelization reduces the already limited housing available to San Franciscans and creates quality of life issues for our residents,” Chiu said, touting support for the measure by the San Francisco Tenants Union. “We have to do more to protect rental housing in San Francisco.”

So, individuals renting out their apartments is good, corporations renting out their apartments is bad, right? Clearly, these are complicated issues with lots of competing constituencies at play. So Chiu also joined Mayor Ed Lee and Sups. Mark Farrell, Scott Wiener, and Jane Kim in creating a new Sharing Economy Working Group to examine the policy issues surrounding what they label “collaborative consumption.”

“The growing ‘sharing economy’ is leveraging technology and innovation to generate new jobs and income for San Franciscans in every neighborhood and at every income level,” Lee said in a press release. “As the birthplace of this new, more sustainable ‘sharing economy,’ San Francisco must be at the forefront of nurturing its growth, modernizing our laws, and confronting emerging policy issues and concerns.”

He also plugged a forum on The Sharing Economy that SPUR is hosting this Tuesday, featuring representatives from local companies involved in the economy: AirBnb, TaskRabbit, Getaround, Vayable, and Shareable. It’s all very hip and new and tech-focused, well beyond the days I can still remember when “sharing” was a word not often connected to “economy.” Sorry, that’s just something I had to share.