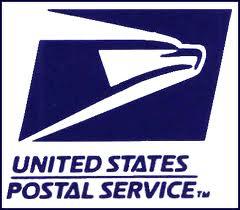 Nobody writes letters any more. My kids barely know what a letter is. We pay our bills online, and when we buy crap valuable consumer items from Ebay or Amazon, they arrive in a UPS truck. With direct deposit, people don’t even get benefit checks in the mail.

Plus, the Post Office is so much a part of old-fashioned government, an agency that people used to relate to in a positive way. These days, it’s all about bloat and pensions and crazy people. So it’s not surprising that conservative politicians would just as soon shut it down, get rid of employee pensions and eliminate one more part of the public sector.

But there are times when the postal system really matters — elections, for example.

As Brian at Calitics points out, a growing number of people in California vote by mail — and when you shut down post offices and processing centers, the mail gets slowed down. That could be a significant factor in a close election. Secretary of State Debra Bowen:

The USPS asserts the closures won’t affect your ballot, but its future best hopes do not coincide with the current reality voters and elections officials have already witnessed in California. When mail facilities closed last year in Monterey, Ventura, and Yuba counties, officials conducting small local elections there reported mail that used to take one to three days to deliver was instead taking five to seven days.

Of course, that would also apply to last-minute attack mail — because political consultants also use the USPS to deliver their positive and negative messages, timed to arrive in the carefull targeted mailboxes just at the right moment.

Some day, we’ll vote by email. But for now, this particular arm of the hated federal government has a really important role.