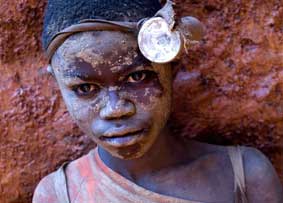 San Francisco is, famously, home to film festivals that wanna make a difference. The Transgender Film Festival, the Anti-Corporate Film Festival, the Bicycle Film Festival — the list and cameras roll on. There’s a reason for all these cinematic communes. The power of a film festival to make people sit down and hang out with open eyes and enough snacks to keep them in one place is formidable. It’s prime time to absorb information — or just catch that activist flame that the whipping winds of a presidential election year can threaten to extinguish.

This week, the second annual Green Film Festival hits the big screen starting today, from Thu/1-Wed/7, taking over the must-see-if-you-haven’t-yet SF Film Society Cinema in the basement of Japantown’s New People mall. So thrilled were we by its enviro-conscious, better world-making fervor (and its capable, enjoyable program of films) that we will be running brief reviews of its offerings for the next four — business, c’mon now — days. Here’s the first of these, a Sun/4 screening that explains the connection between conflict and Africa and your cell phone. Blood in the Mobile‘s screening will be followed by a panel discussion on how consumer products can be made more sustainably, and built to last.

Blood in the Mobile

Social consciousness rises to a whole new level in Danish director Frank Poulsen’s film about the minerals used in mobile phones. Poulsen goes deep into the mines of the Democratic Republic of the Congo in a first-person investigation that implicates the viewer along its dark and frightening course. The film manages to be both extremely informative, as well as thrilling in a way that is usually curtailed to the domain of Hollywood action films. Gorgeous camera work accentuates the intimacy of Poulson’s revealing interviews. One example: the Congo colonel who shows off his collection of combat uniforms with a childlike pride. Poulsen and his camera get to know his subjects in a three-dimensional way, capturing many real spontaneous moments of connection. The viewer comes away shocked by both how cell phones are made, and by how other people must live in order for such things to continue to be made. A beautiful, intense, and emotionally draining film, Blood in the Mobile literally takes you to hell and back. The inside of those mines are pitch-dark, and crammed with sweating bodies; children as young as 12 hammer away so that we can all text our friends.