Home The Obama budget, beyond the politics 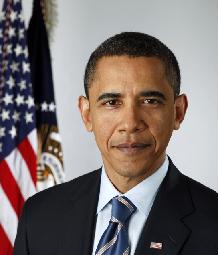 Man, the way the president’s talking it sounds as if he’s appointed the General Assembly of OccupySF to write his budget plans. He’s going to make everyone pay a fair share of taxes. He’s going to invest in affordable higher education. He’s going to spend $350 billion on jobs programs. Just about everyone in the news media is calling it a “populist budget.“

I love the politics. It’s the year Occupy will dominate the national political debate, and for Obama to decide that he wants to hitch his wagon to the tax-the-rich star can only be a positive development. Washington is listening, and is starting to talk. We’re making progress.

But we haven’t made that much. Because the actual Obama budget isn’t such a radical departure from what he and his predecessors have been doing for years: Spending far too much on the military, cutting tax rates for high incomes and leaving largely intact the class divide.

There’s a good NYT analysis here but you have to go through it carefully. Here’s what our populist leader wants to do:

1. He’s going to spend $613.9 billion on the military, more than most other departments combined. When you add in the $64 billion we’re spending to clean up the human costs of former wars (which isn’t enough) and the $40 billion we’re spending on Homeland Security, that’s a big, big number. Yeah, it’s about 2 percent less than last year. It’s still far too large, dwarfing all other federal spending. And we’re supposed to be winding down wars.

2. He’s not going to raise the marginal tax rate on the rich. In fact, he’s talking about lowering it. That’s crazy, that’s criminal, that’s a recipe for continued deficits and increased wealth disparity. All he’s proposing is to raise the tax rate on stock dividends — yeah, that’s something that mostly benefits the wealthy (although also some middle-class retired people), but it’s a tiny fraction of the money that would be available if the top bracket was raised just a little bit. His goal for new taxes? About $20 billion a year. Peanuts.

3. He’s not investing heavily in critical transportation priorities like high-speed rail. The funding for the transpo system of the nation’s future: $47 billion over six years. That’s less than $8 billion a year, which won’t build much track. His annual commitment to a project that would create tens of thousands of jobs and go a long way to end fossil-fuel reliance? About what the Pentagon will spend every four days. Whoopee.

So while I get the rhetoric, and it demonstrates that he’s going to make a few nods to the left during the campaign, I wouldn’t get too excited about this budget. It’s really business as usual.